I finished Barry Blanchard's book just in time to set foot (ice axe, crampon, and death-gripping hands) on the Alps. Here's a slice of life from our incredible intro into the dramatic peaks around Chamonix.

We met some friends from the UK who drove down through all of France with camping gear, ropes and most of the climbing gear that we needed, which was awesome! Saved us from toting at least an entire extra bag of gear. We were able to catch the World Cup climbing competition in downtown Chamonix where we saw legendary climber Adam Ondra take another win. The place was packed.  I've never seen so many climbers/mountaineers in one place. Walking down the sidewalk, there were multiple people with packs and ice axes just strolling through town at all times.  To say nothing of the climbing gear stores. One on every block. Welcome to Valhalla.

Glaciers reaching down into the valley between every formation. Fresh glacial water just running out of spigots at every corner. 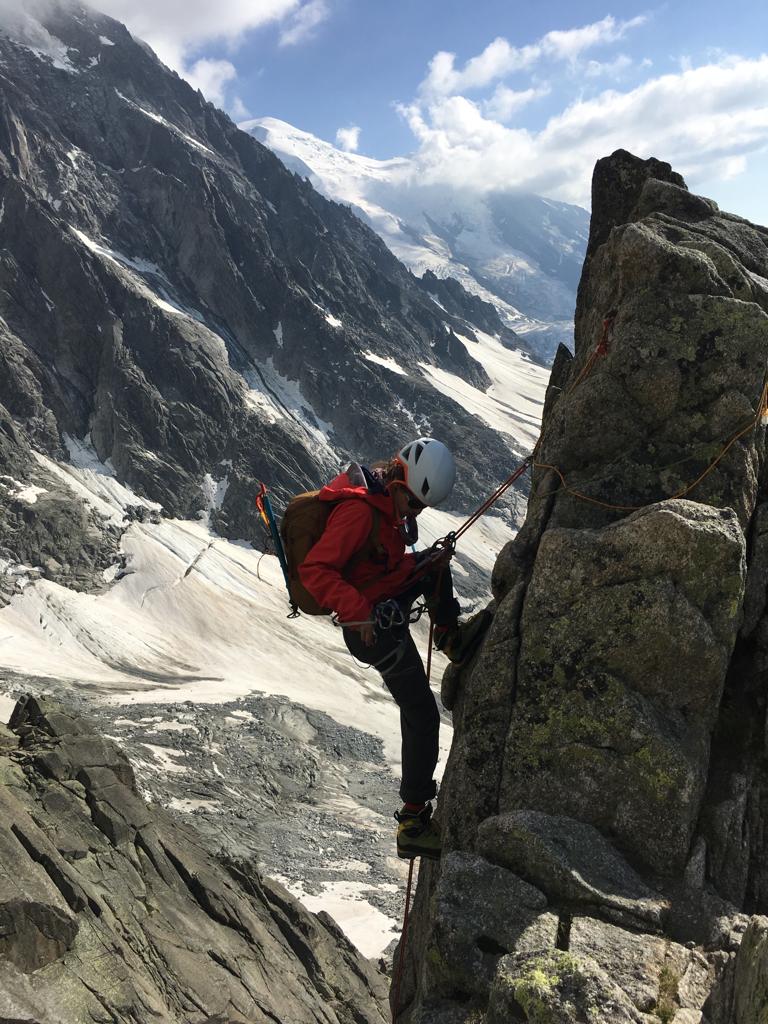 Our best day was climbing the Aiguille du Peigne. Across the canyon the Aiguille du Midi was shedding cornices, sending chunks of ice and rock thundering down the couloirs. It was a sort of ominous echo in the background all day.

P leading a traverse with the beautiful valley below.

Grand Perron ridgeline between Switzerland and France. With a daunting view of the Alps we would be running around next week.

Lunch on top of the world. When in France... you climb like the French. We lugged baguettes, Camembert, and pâté up there. Pourquoi pas.