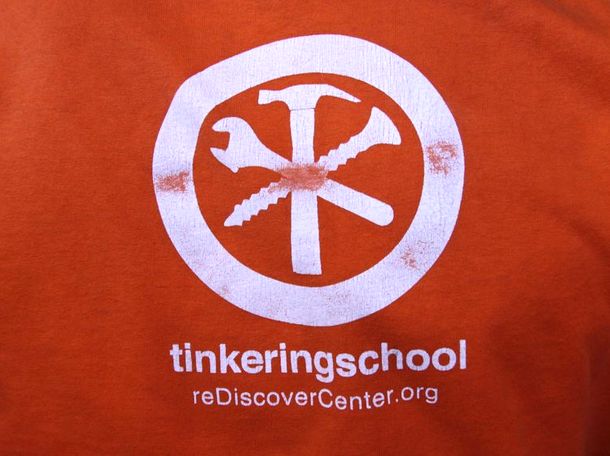 ReDiscover is a non-profit that collects discarded items from business and the community and use it to make art! So all of the oddball trash like old CD cases and plastic tubing that would be wasting away in a landfill is "rediscovered" at their studio space and in classrooms all over Los Angeles. Teachers can come collect items to use in their lessons and ReDiscover hosts all kinds of workshops and camps for kids.

This summer I was an instructor for their Tinkering School. TS is based on the work of Gever Tulley. Since speaking (several times) at TED, Tinkering Schools have been popping up all over the country. Tulley's philosophy of playing and experimenting in order to learn is already part of the ReDiscover ethos, we just had to have faith (and consent from parents) to let them "play" with the power tools. Smiling faces! One little girl was totally engulfed in a project and needed some help. She was dancing around really erratically as I helped her. I thought wow this girl has a lot of energy. But then as I saw that dance again and again during the week, I came to identify it as "I really have to go to the bathroom, but I'm having so much fun, I don't want to stop what I'm doing!" 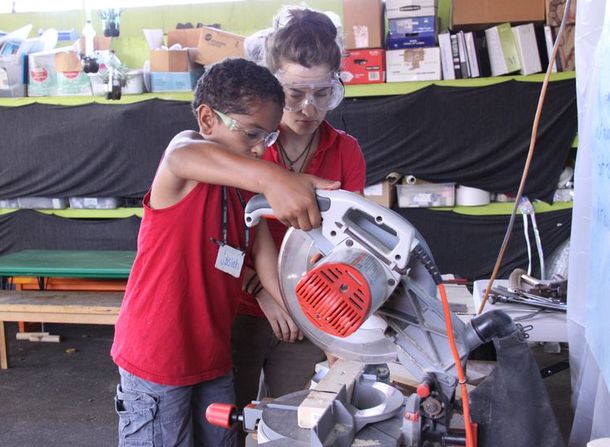 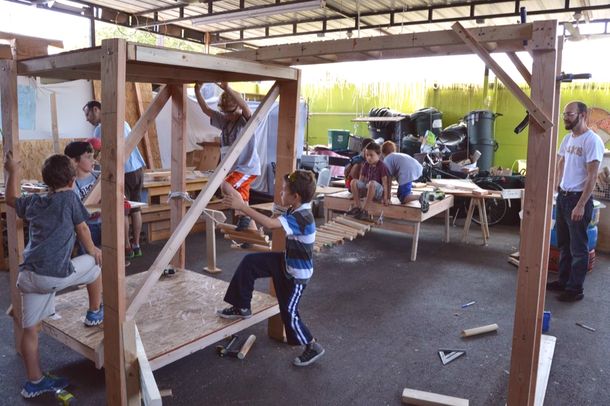 The younger kids built this playground with monkey bars, ladder, rope bridge, and a tower. By the end they knew how to use the power drills like they were pencils. 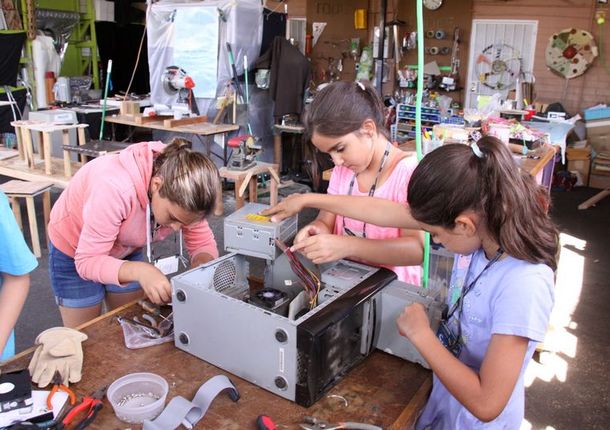 ReDiscover gets a lot of old office hardware donated. One of our favorite activities is to take it all apart and figure out how it all fits together and which pieces do what. While we were unscrewing a desktop computer tower, one of the kids randomly yelled, "This is the best camp ever!" So funny. I understand, I get great pleasure out of dismantling tech equipment, although sometimes it can be so emotional you have to bypass the screwdrivers like this. 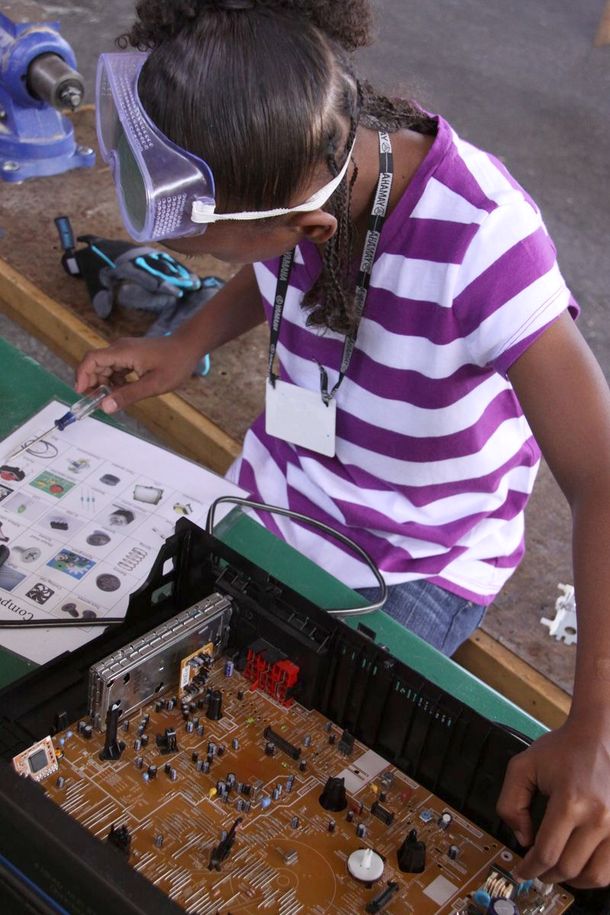 She was really intent on identifying everything in the old VCR. Smart kids! 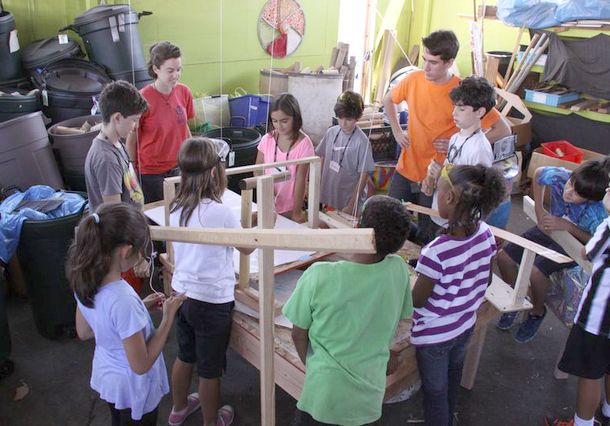 As a design challenge the kids made their own harmonographs! Figuring out how and where the pendulums of the paper and pen would meet, the projects all had inventive arms and levers. As a finale, we watched as the machines made mathematical art. 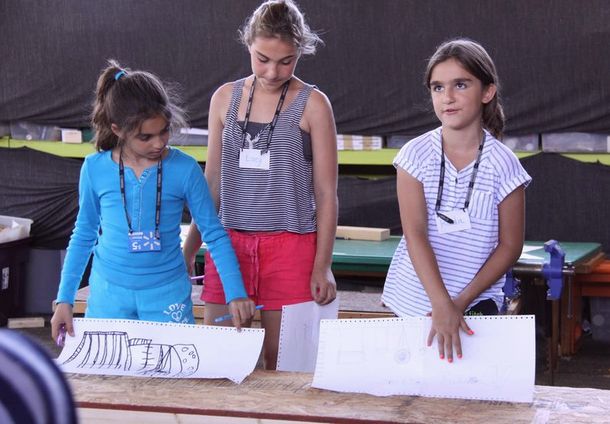 Making designs for their own big build playground. The boys eventually convinced everyone that it should not be a playground, but a dangerous gauntlet style obstacle course (which was explained as essentially a playground in a straight line, haha) 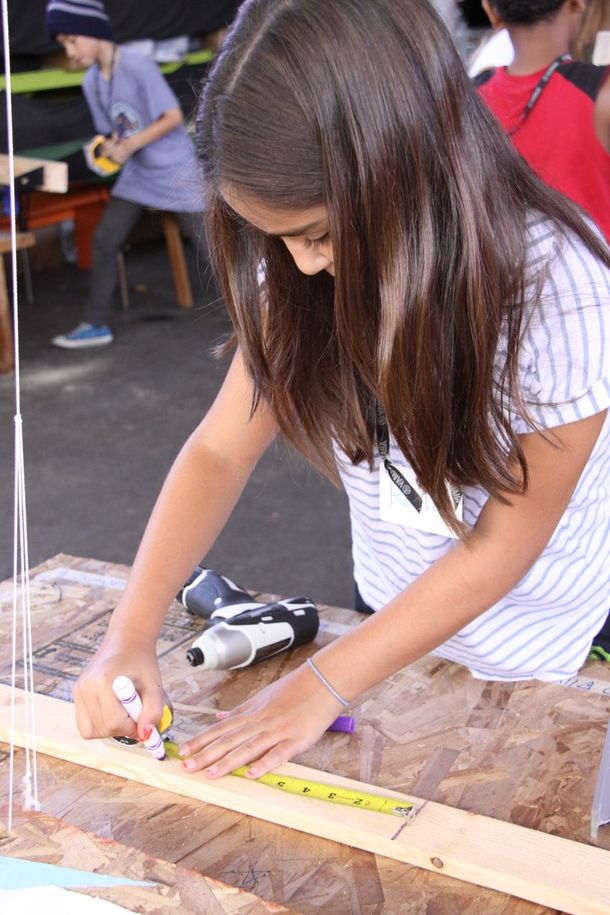 Learning how to measure 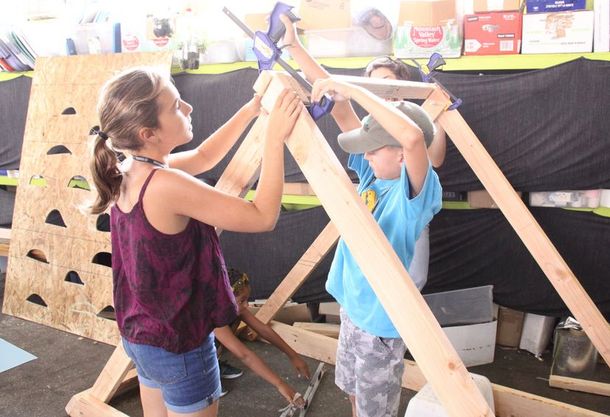 These kids made a climbing wall + ladder that was secured with gigantic drill holes and bolts. 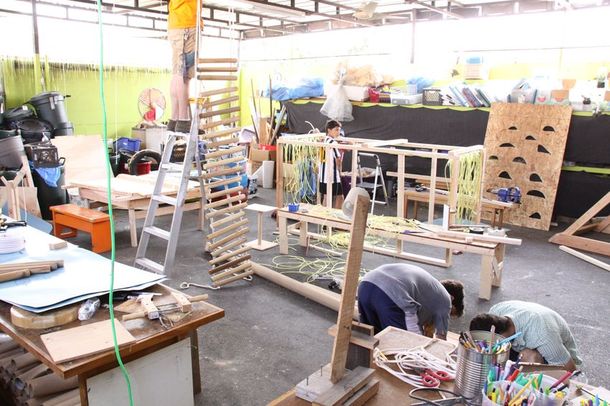 The obstacle course coming together 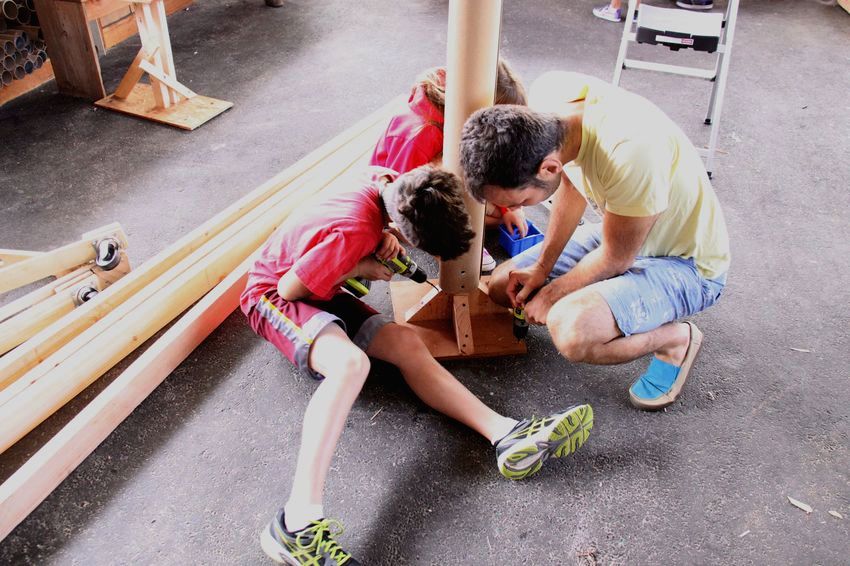 Our volunteer Brian brought out his engineering muscles to help the kids devise their own brand of merry-go-round. Also stripped of its play status, it was dubbed the "Spiny Thing of Doom."

They used a donated carpet tube filled with 2x4s anchored to the ceiling and floor, wheels from a couple of furniture dollies, and plywood. 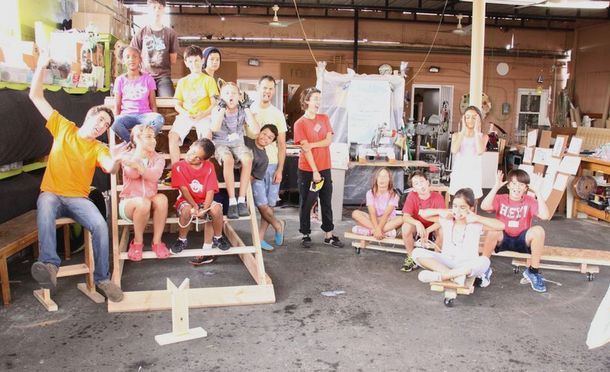 Until next summer!
0 comments