I love the Channel Islands

So you know in my mind I said, well I'll put up one picture for Merky. I was looking for a good pictures and this is what I ended up with.

The Channel Islands are so beautiful. We had a fantastic time. I recommend it for every outdoors person in Southern CA. You can just boat in for a day and do some cave kayaking, which was by far the highlight of the trip. Or.. maybe it was the view from the top of the cliff. Unbelievable really. Having great company with you surely helps too. 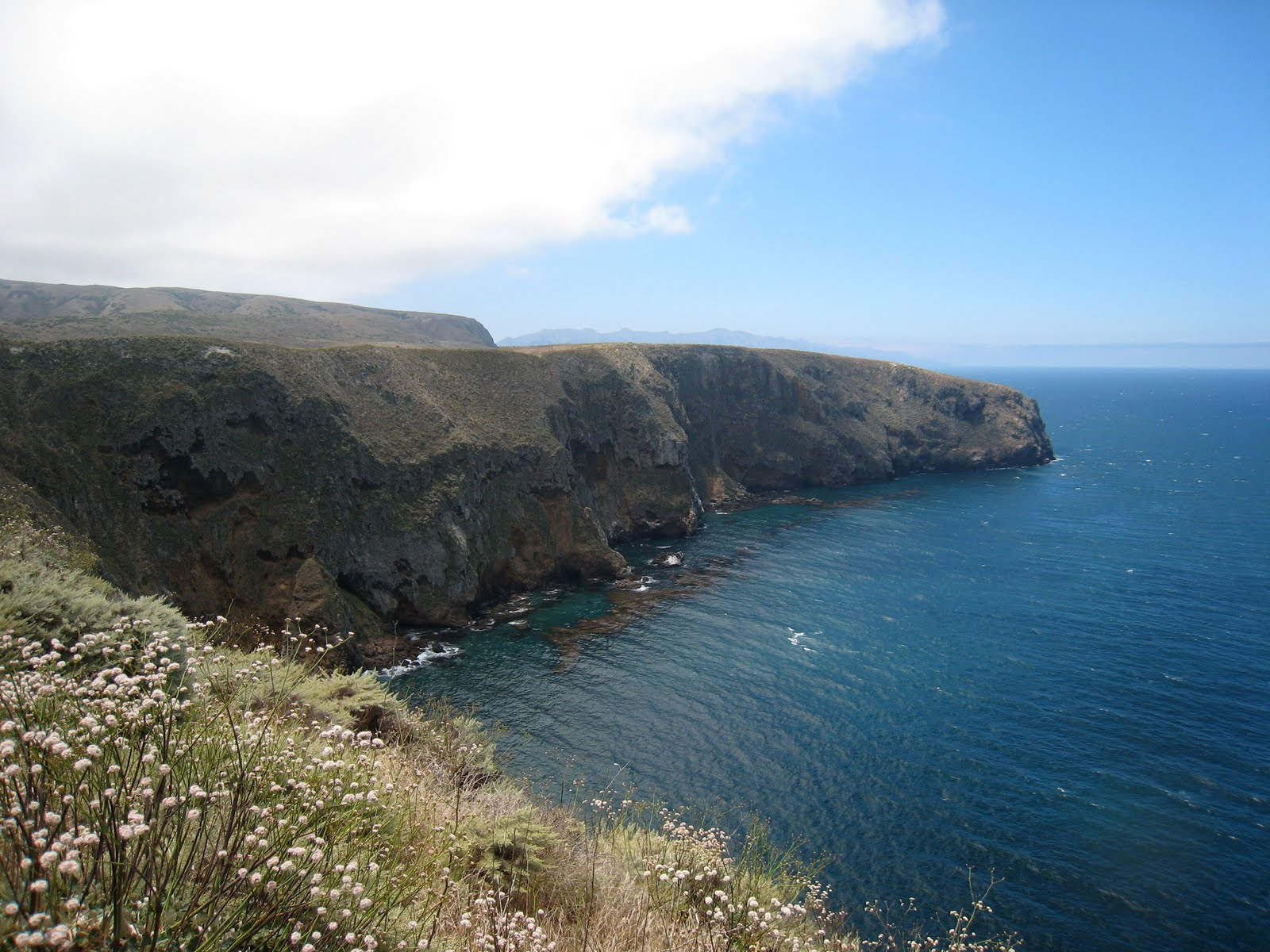 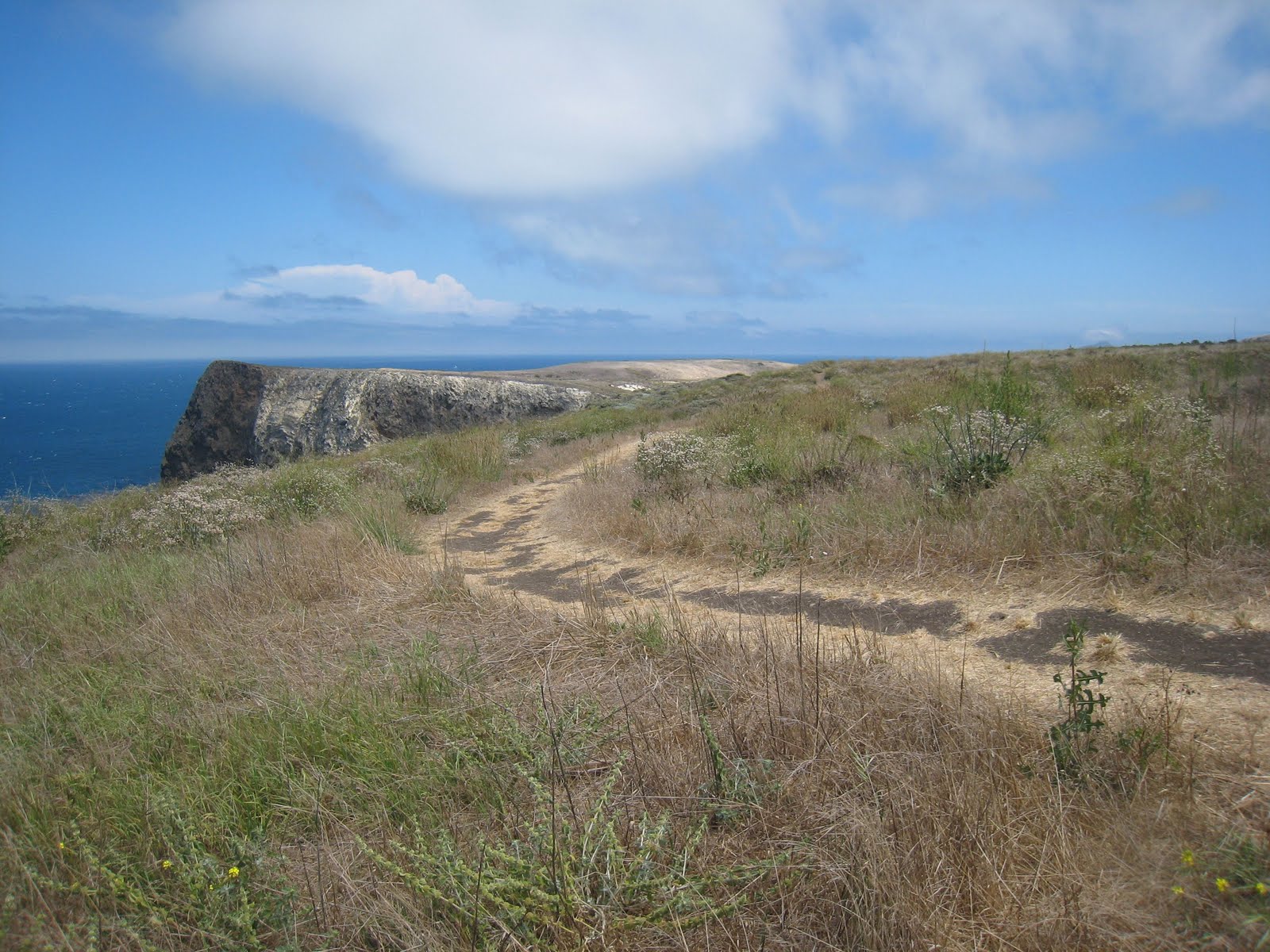 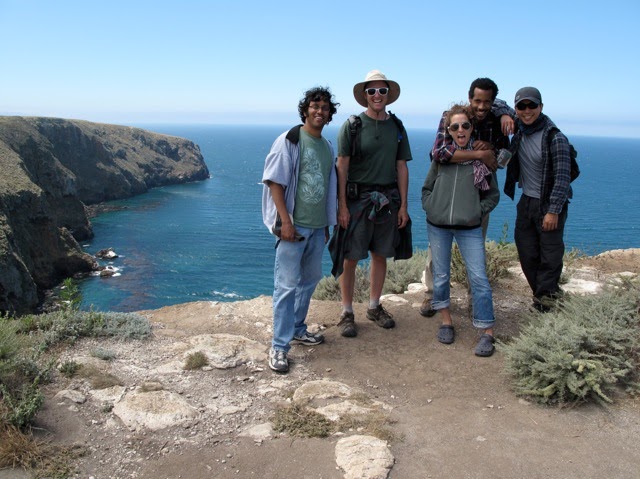 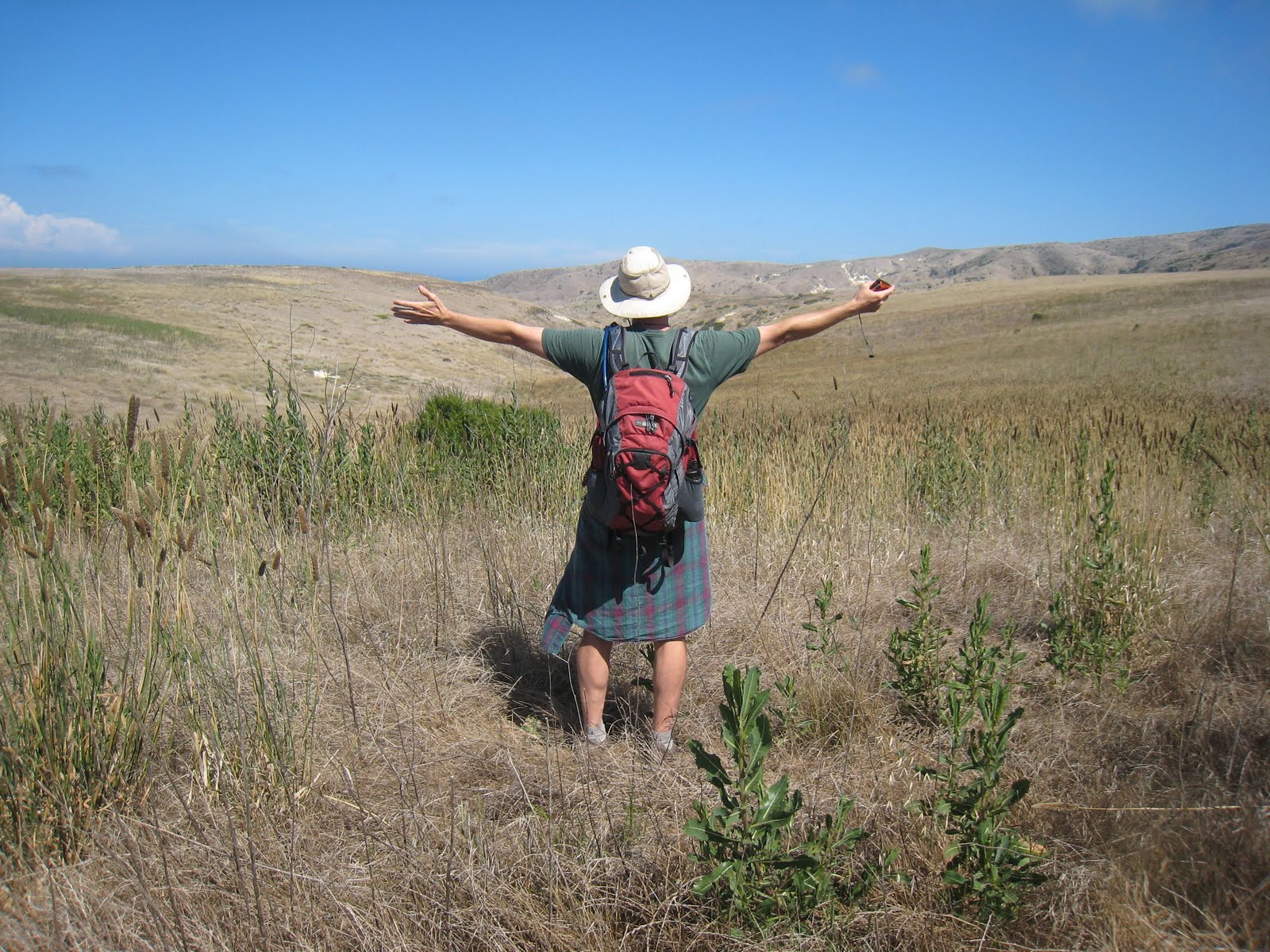 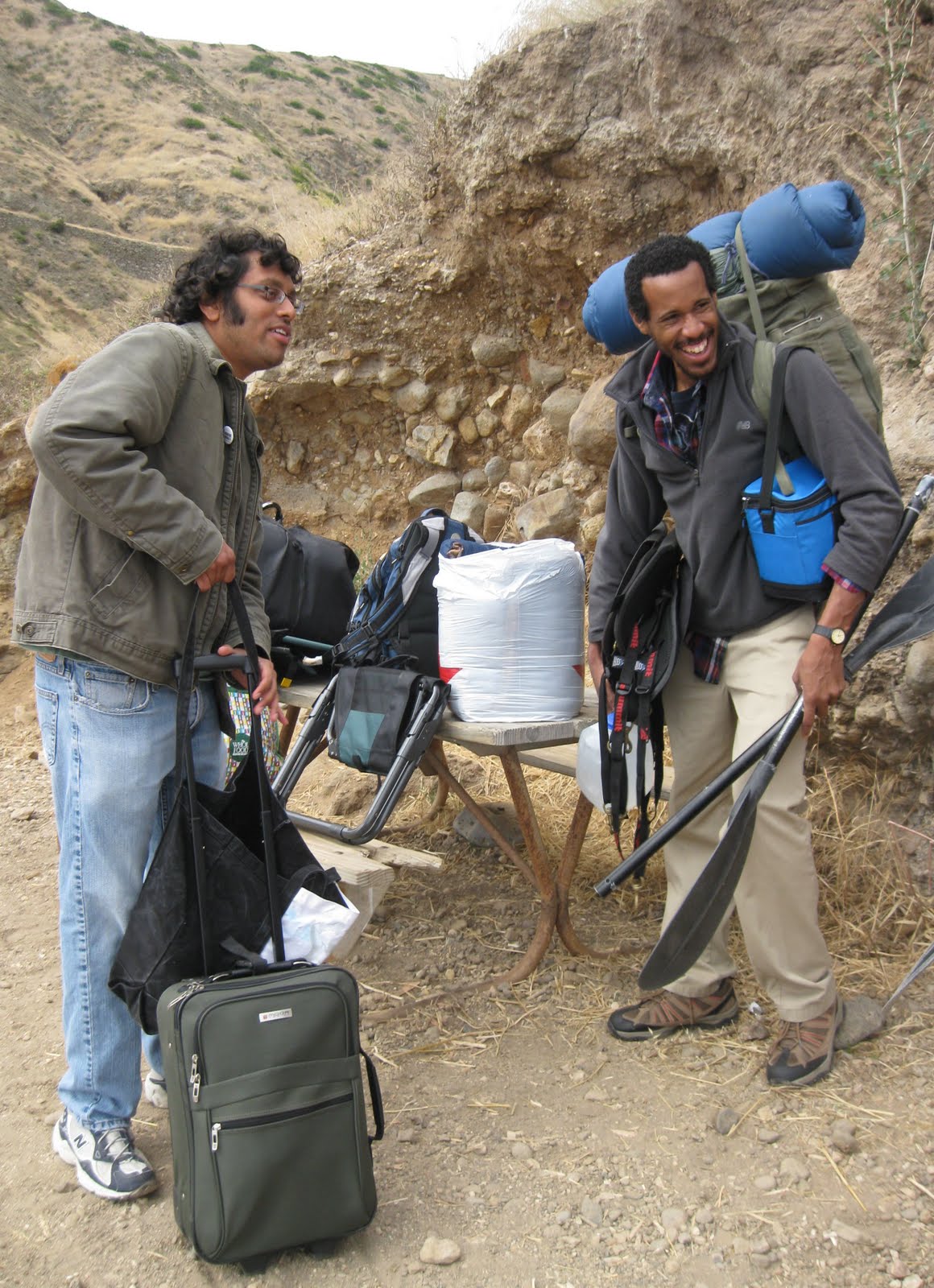 We were making fun of Ravi. Here we all were backpacking water weighing a ton on our backs, sleeping bags and tents strapped to every limb. Then there he is with a roller suitcase the size of shoe. 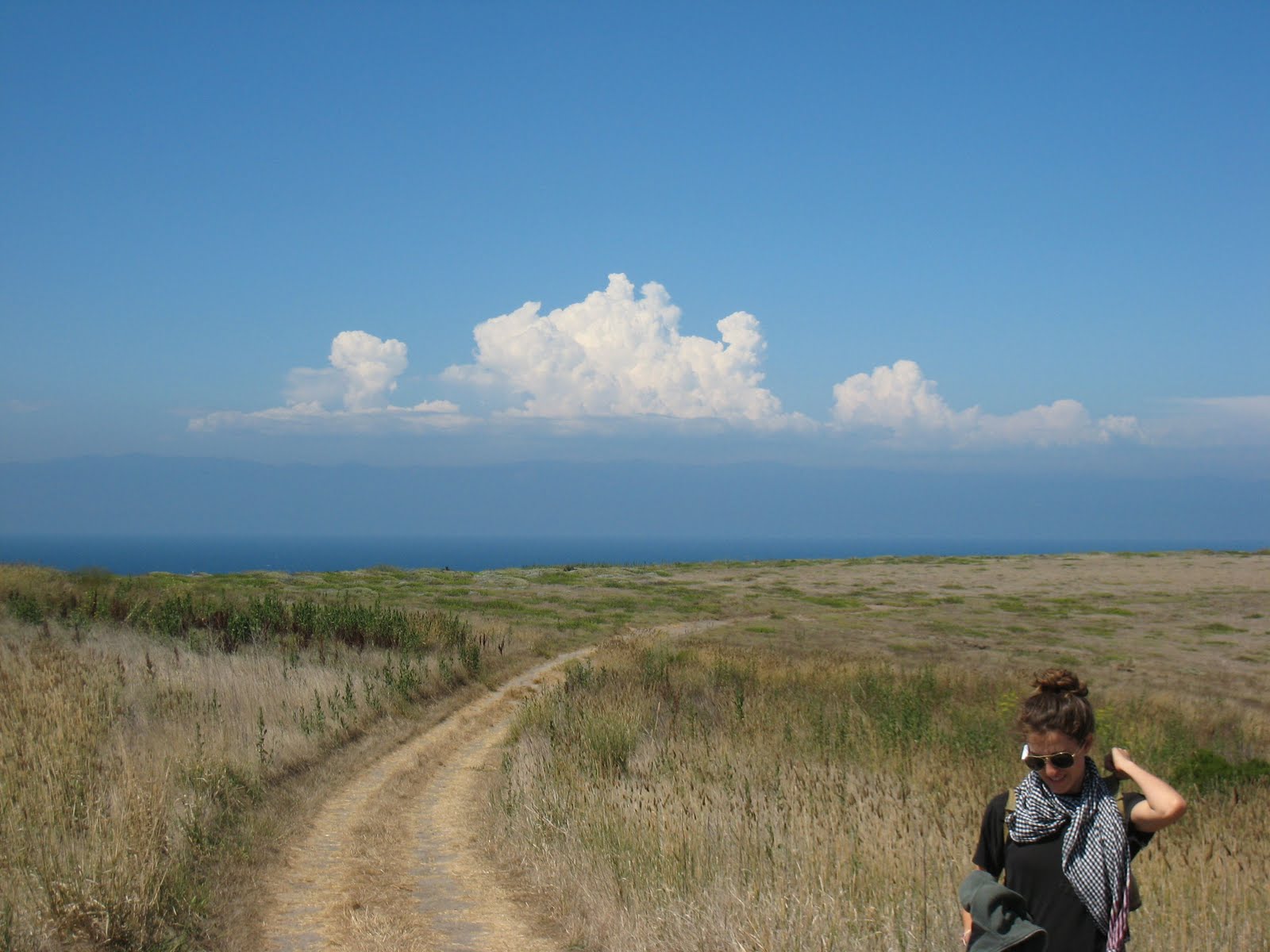 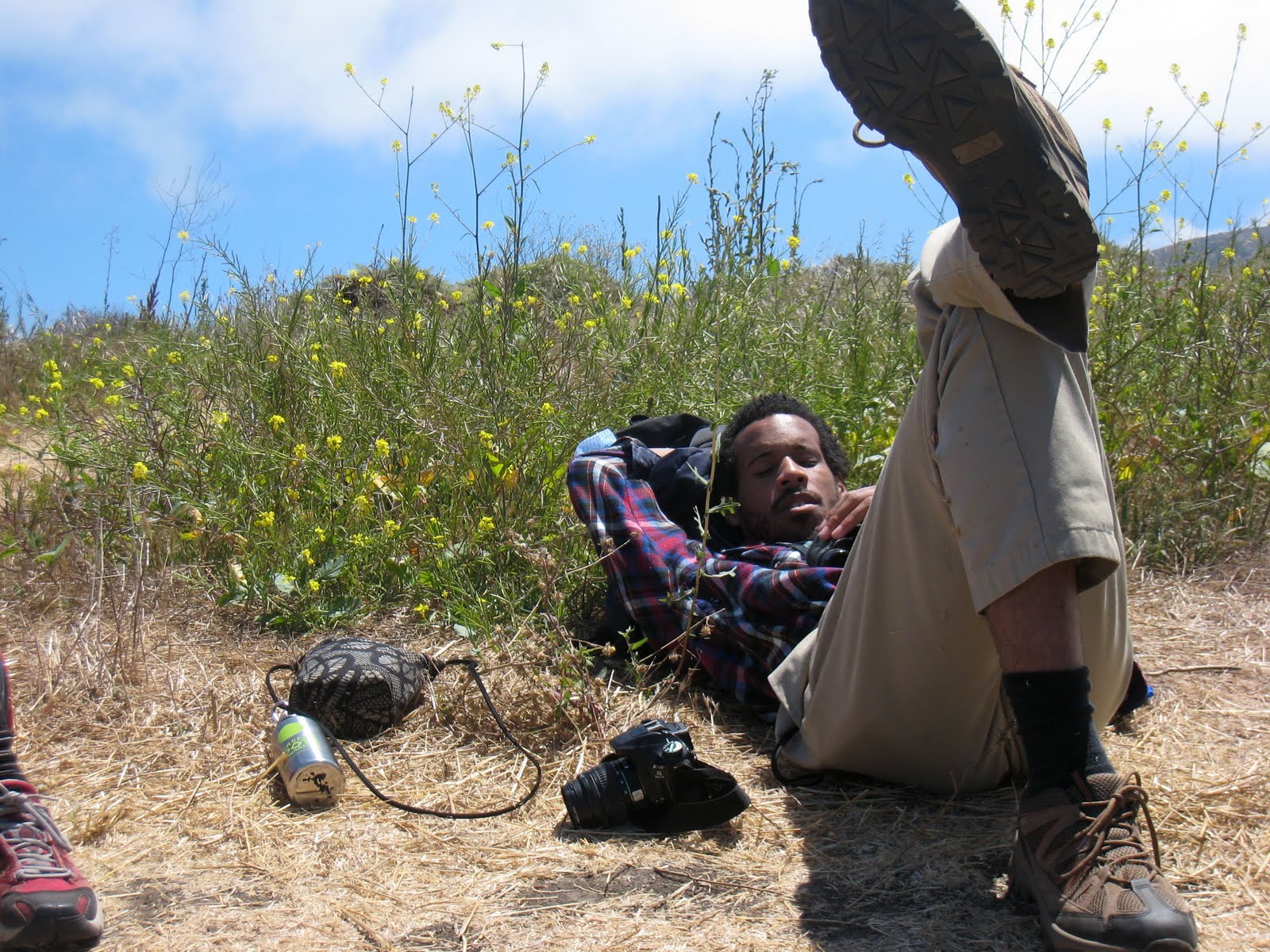 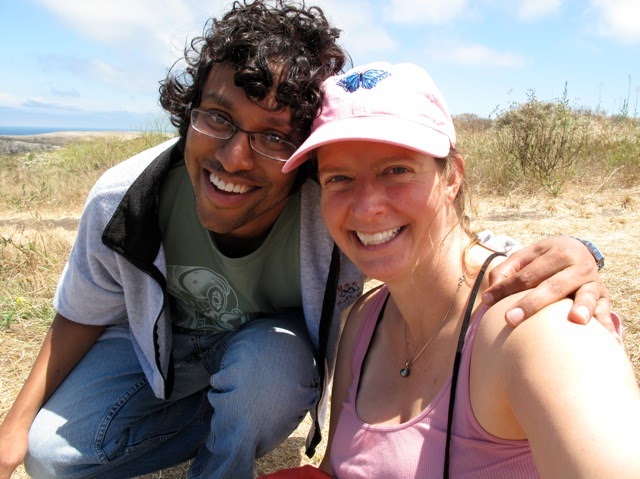 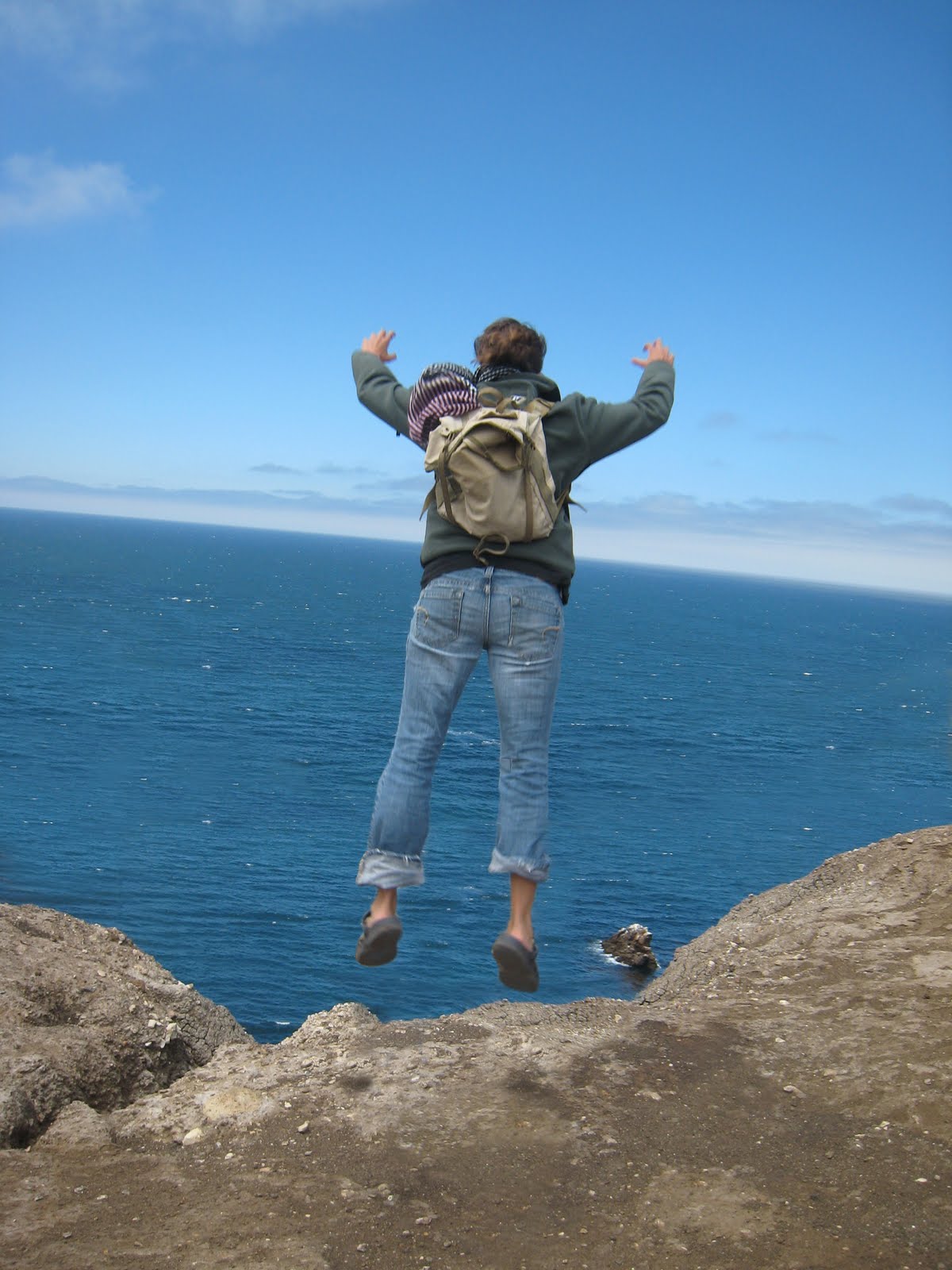 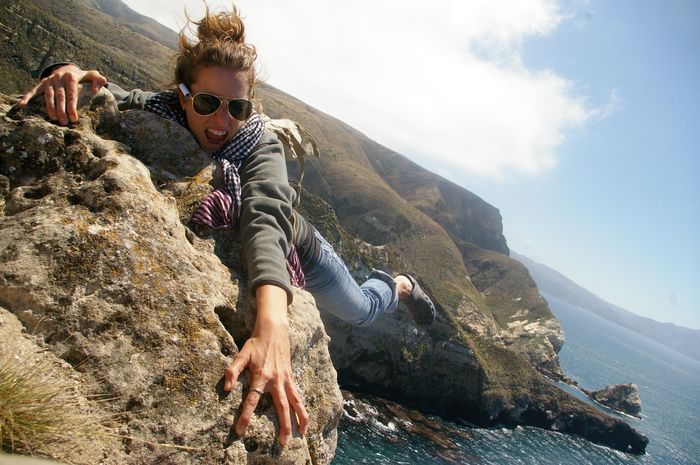 No trip is complete without my token cliffhanger shot. 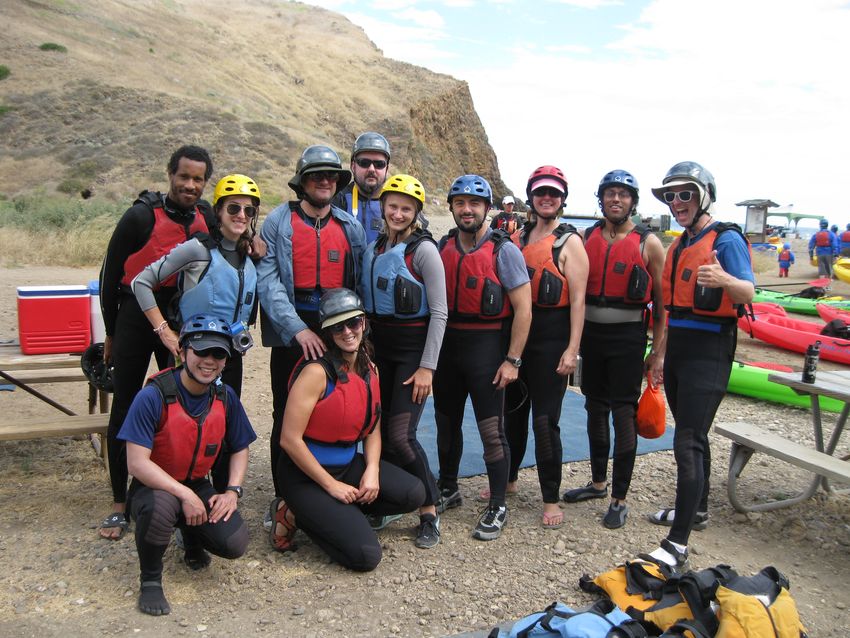 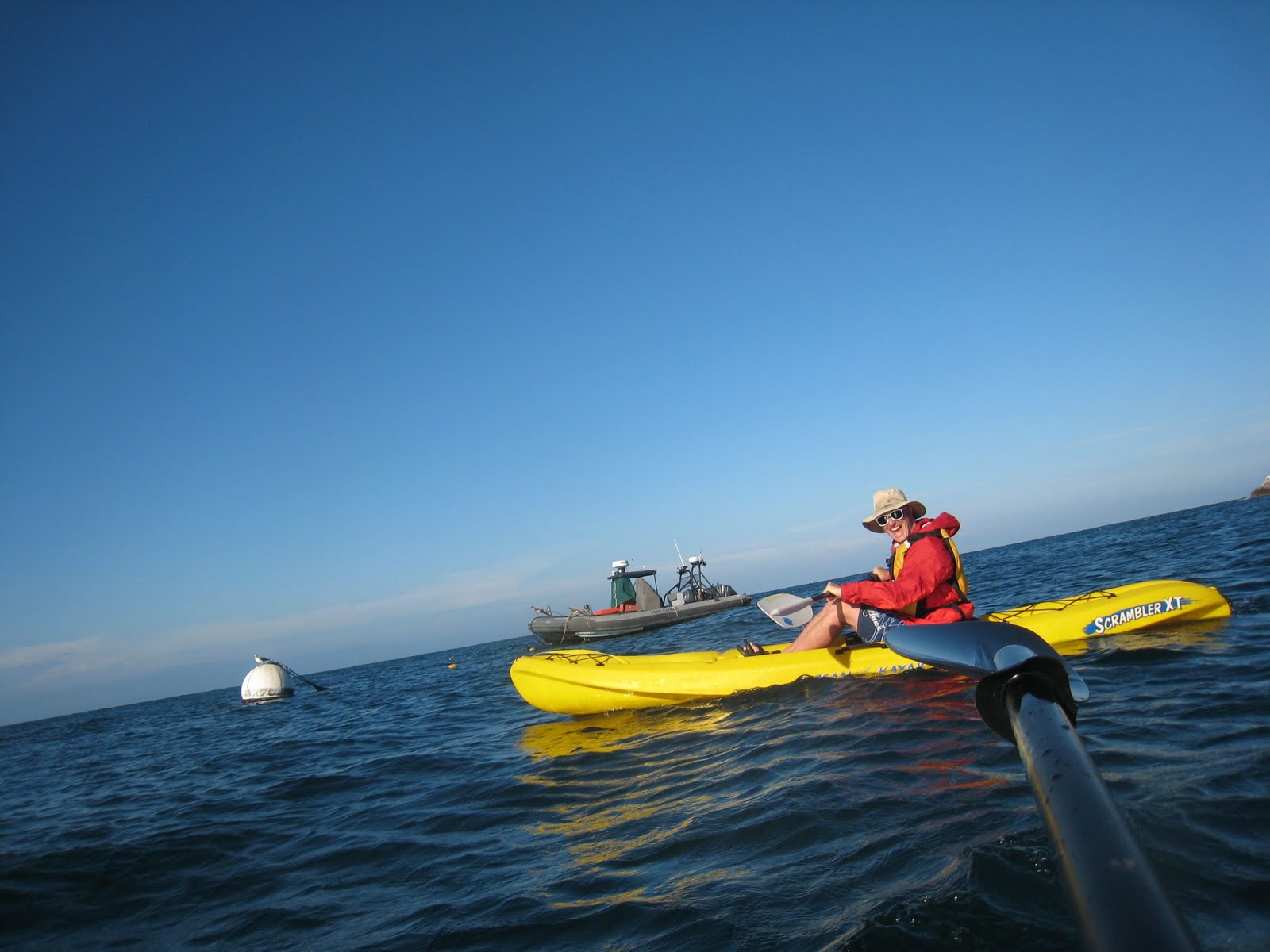 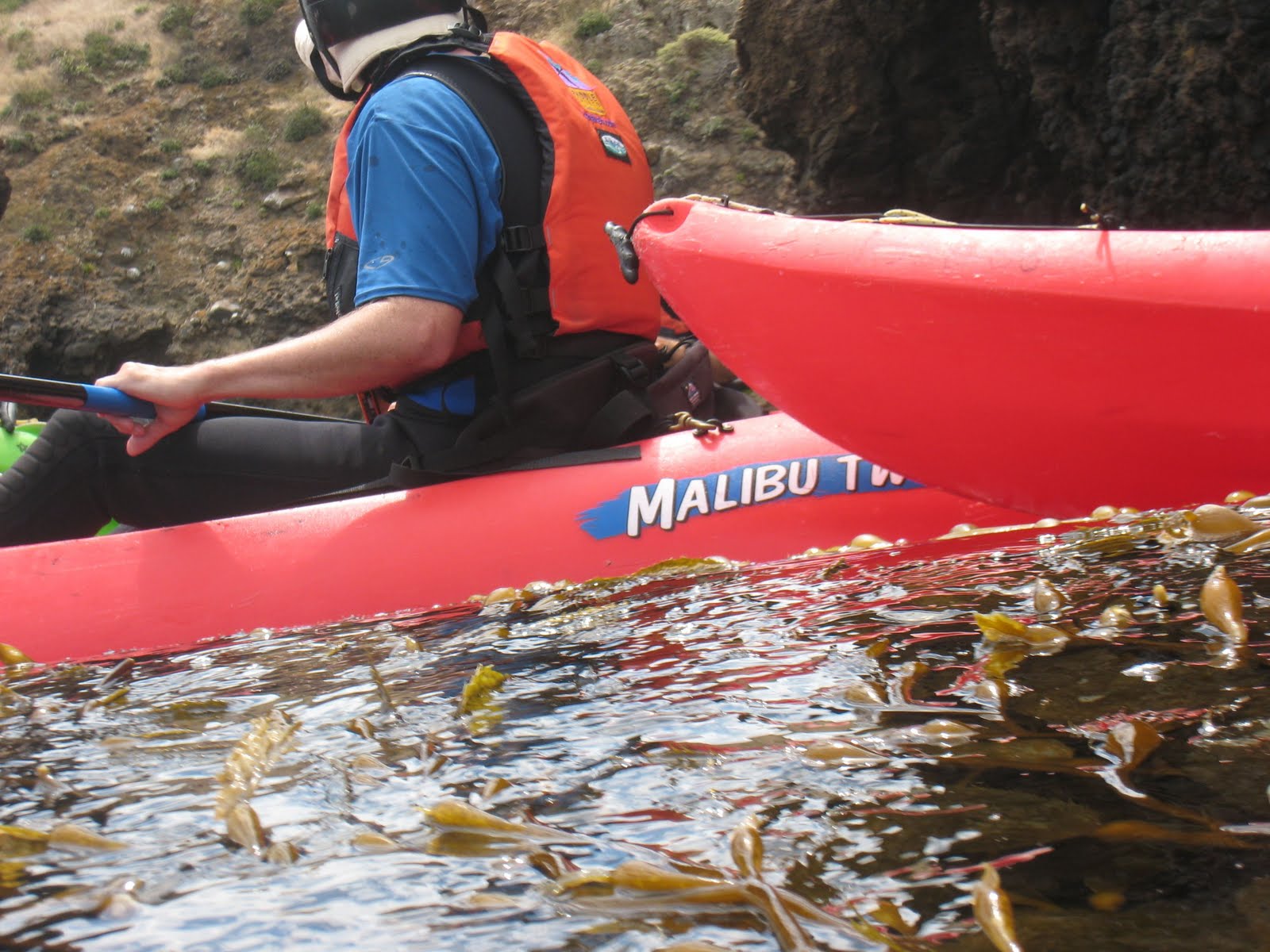 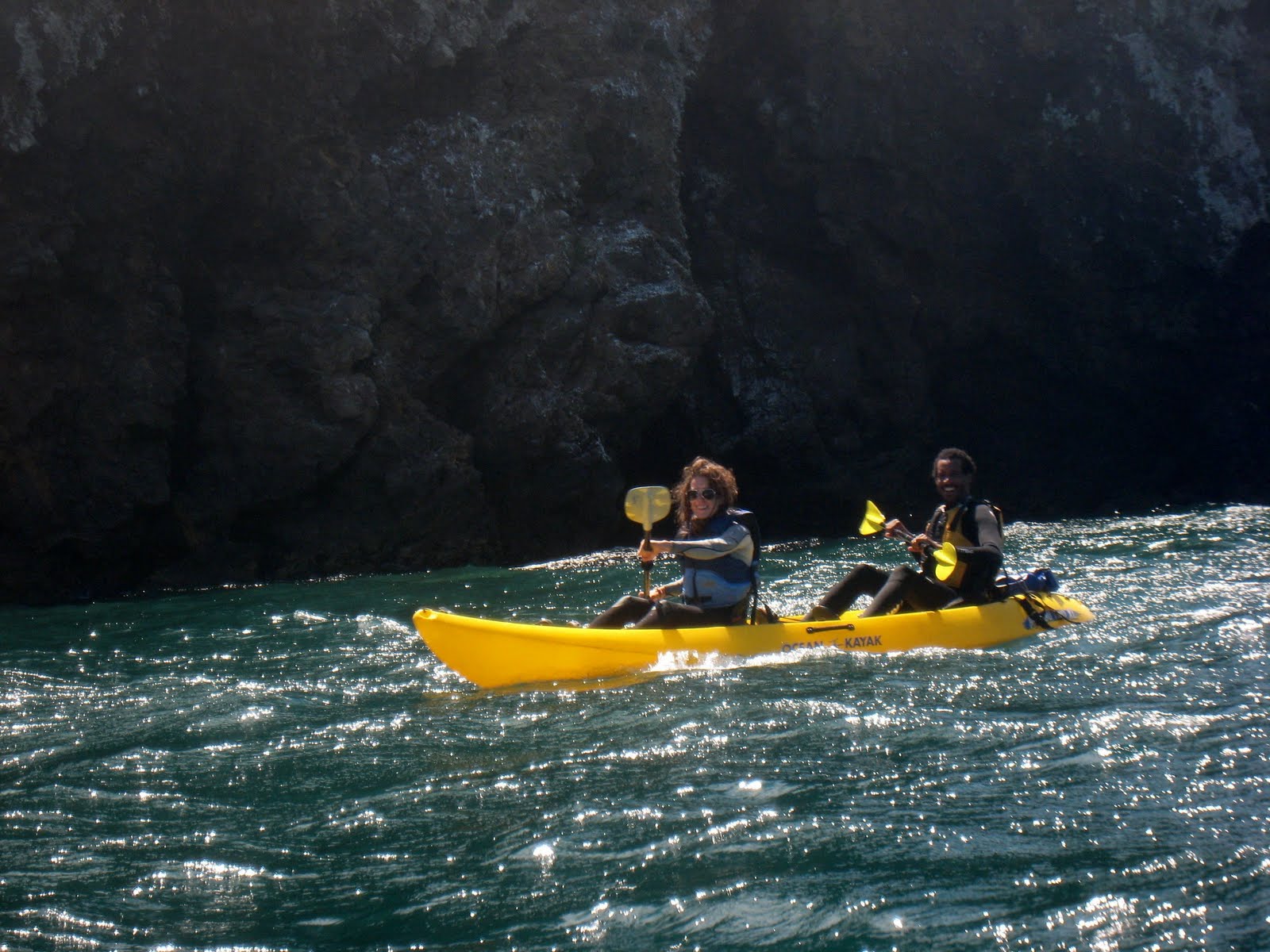 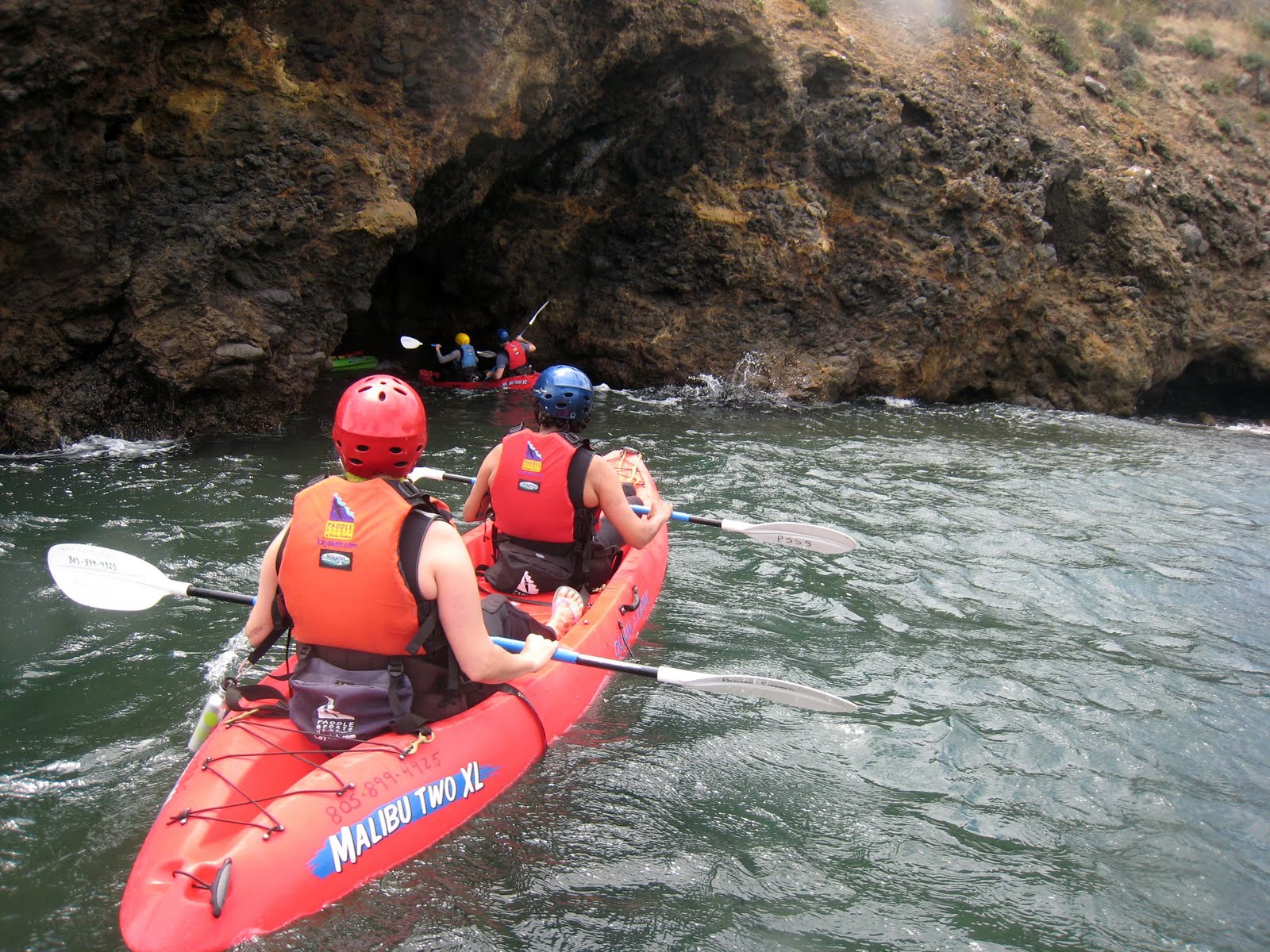 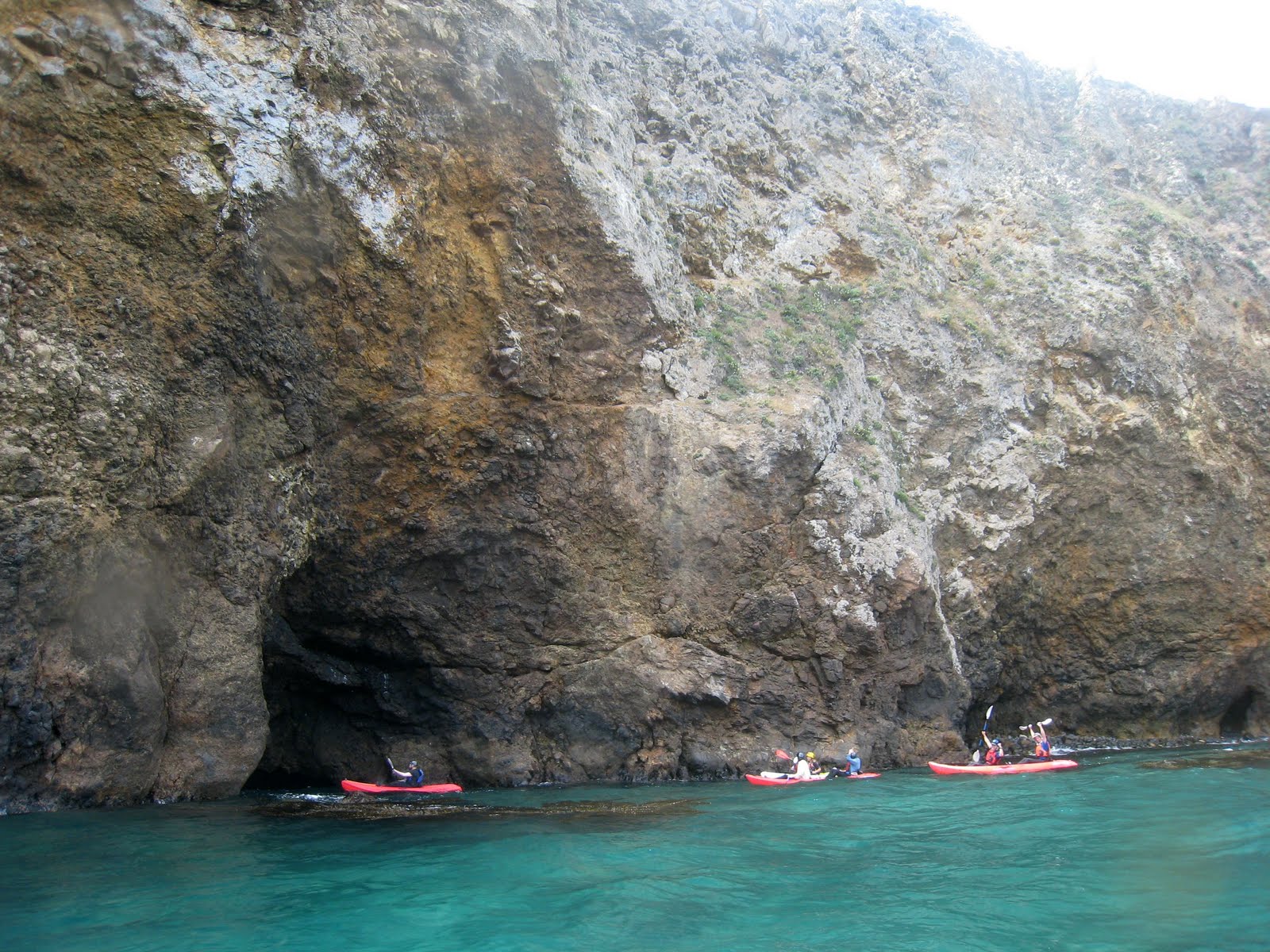 The caves were AMAZING! 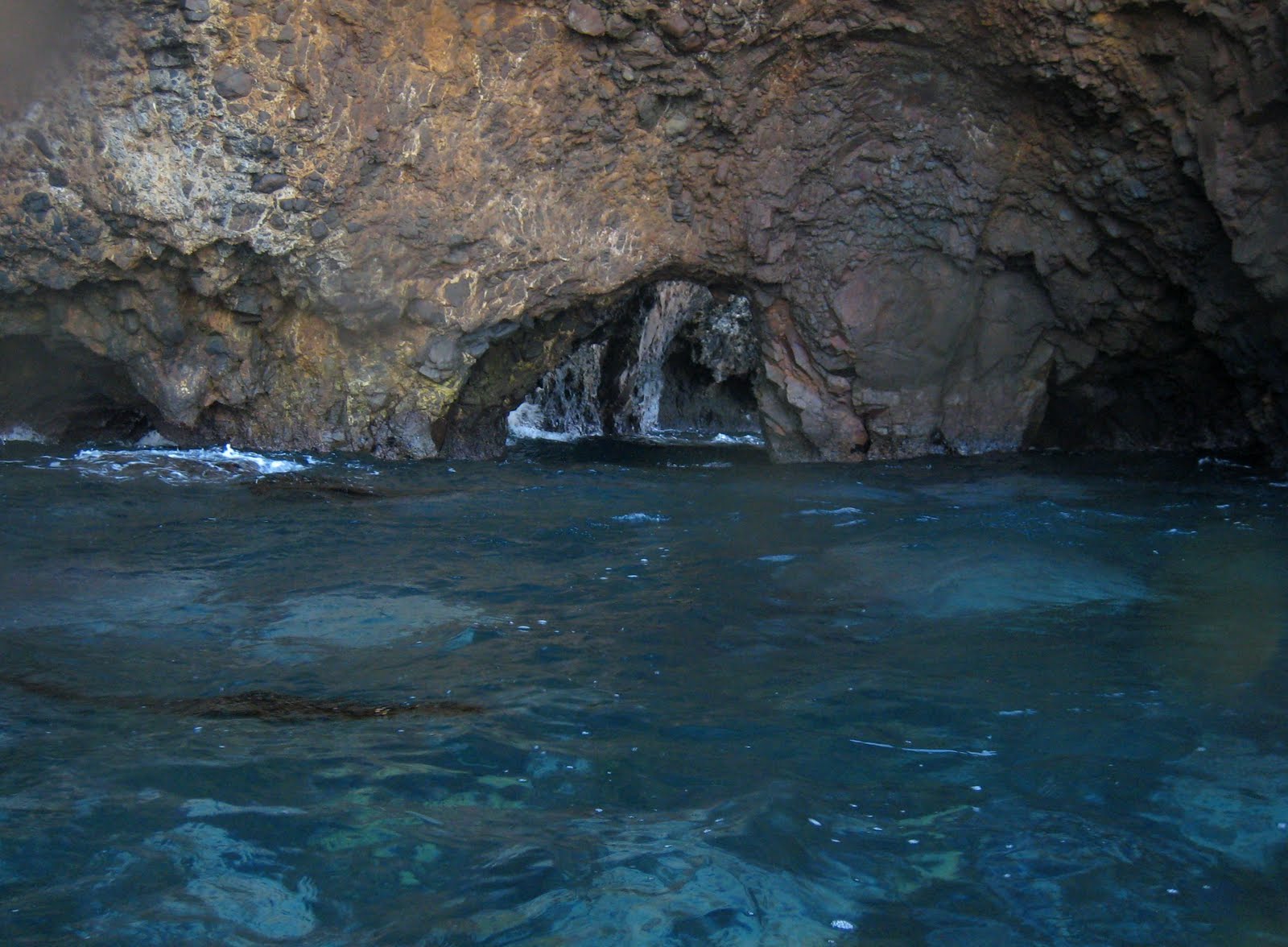 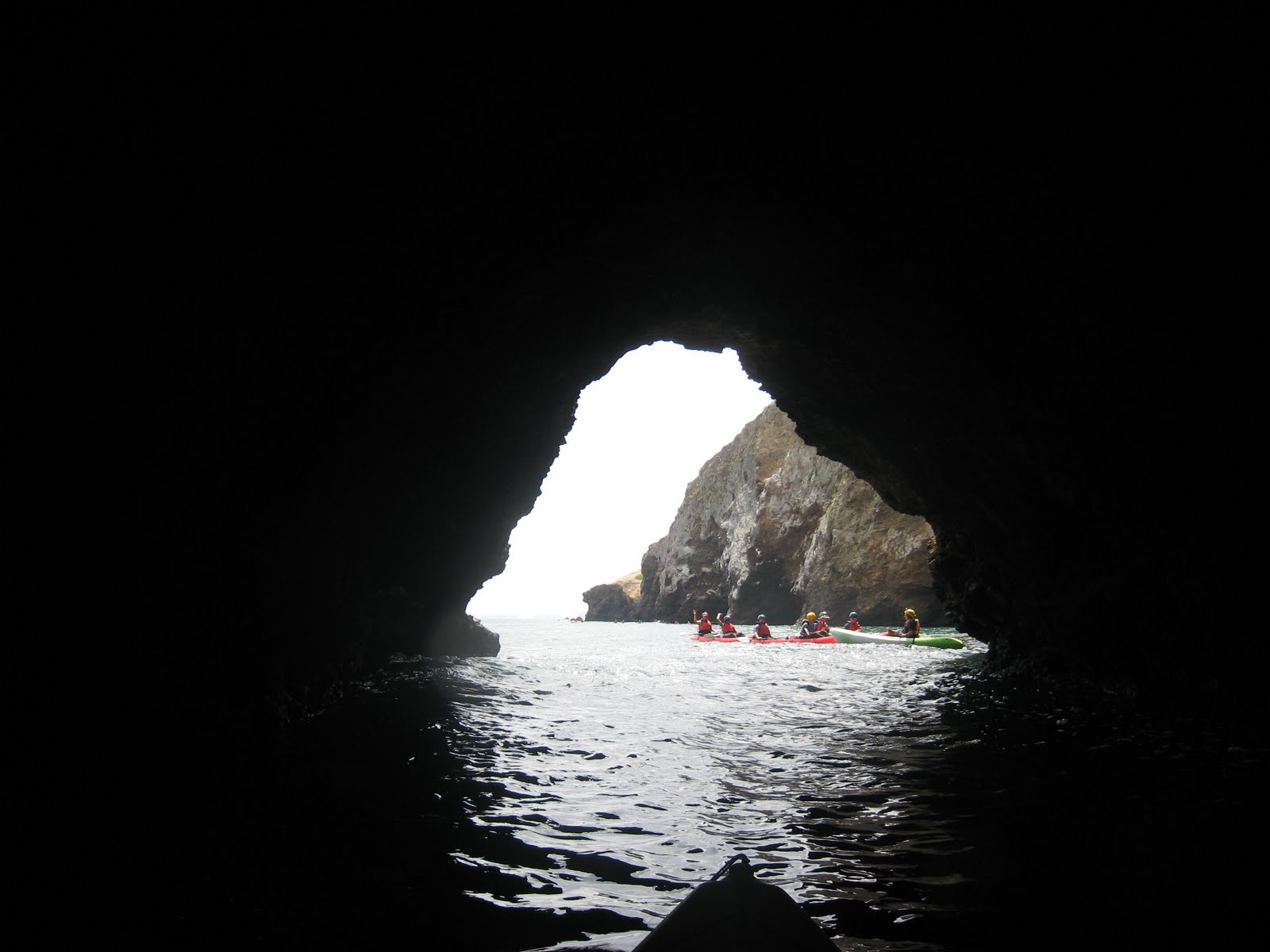 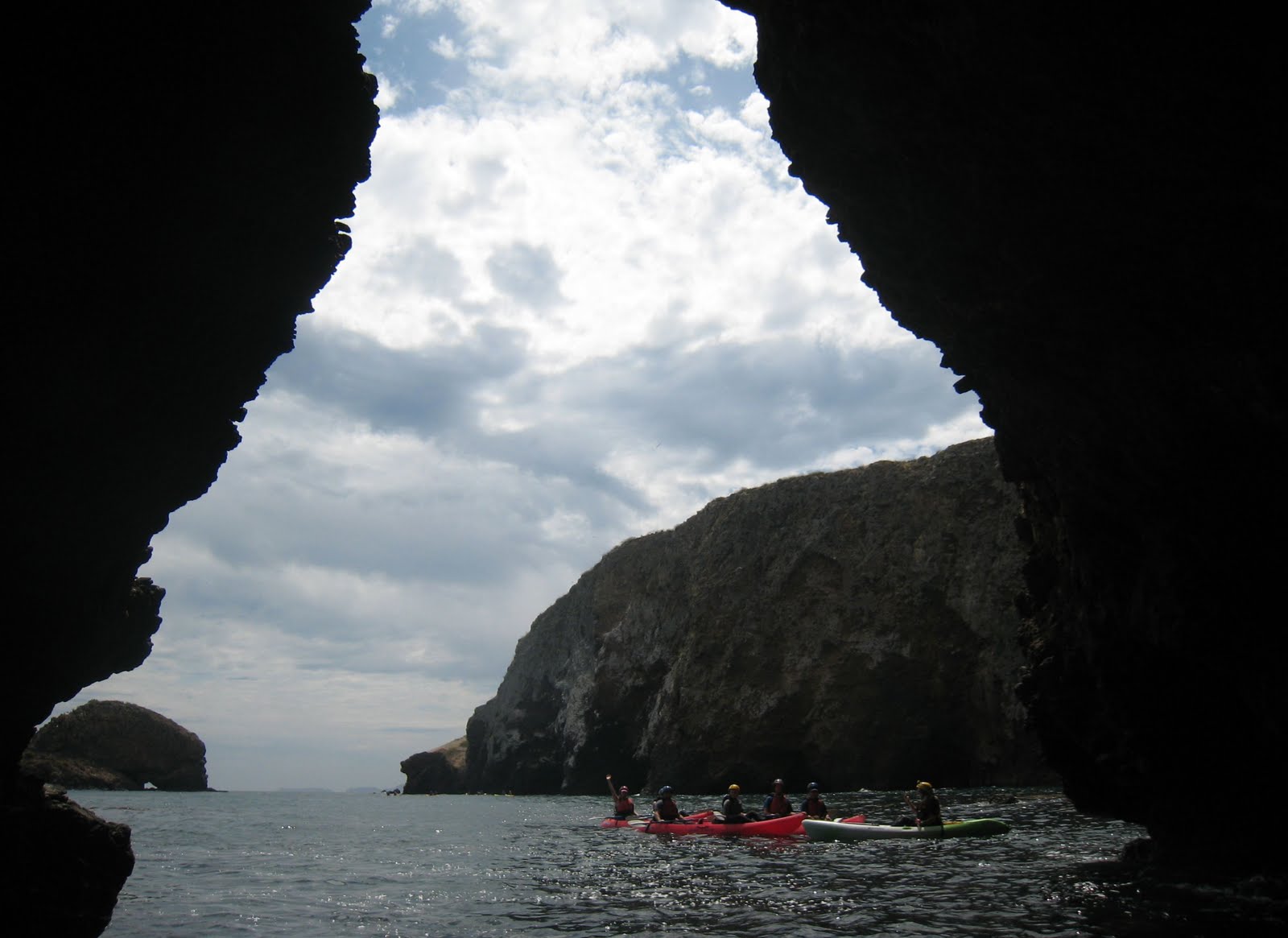 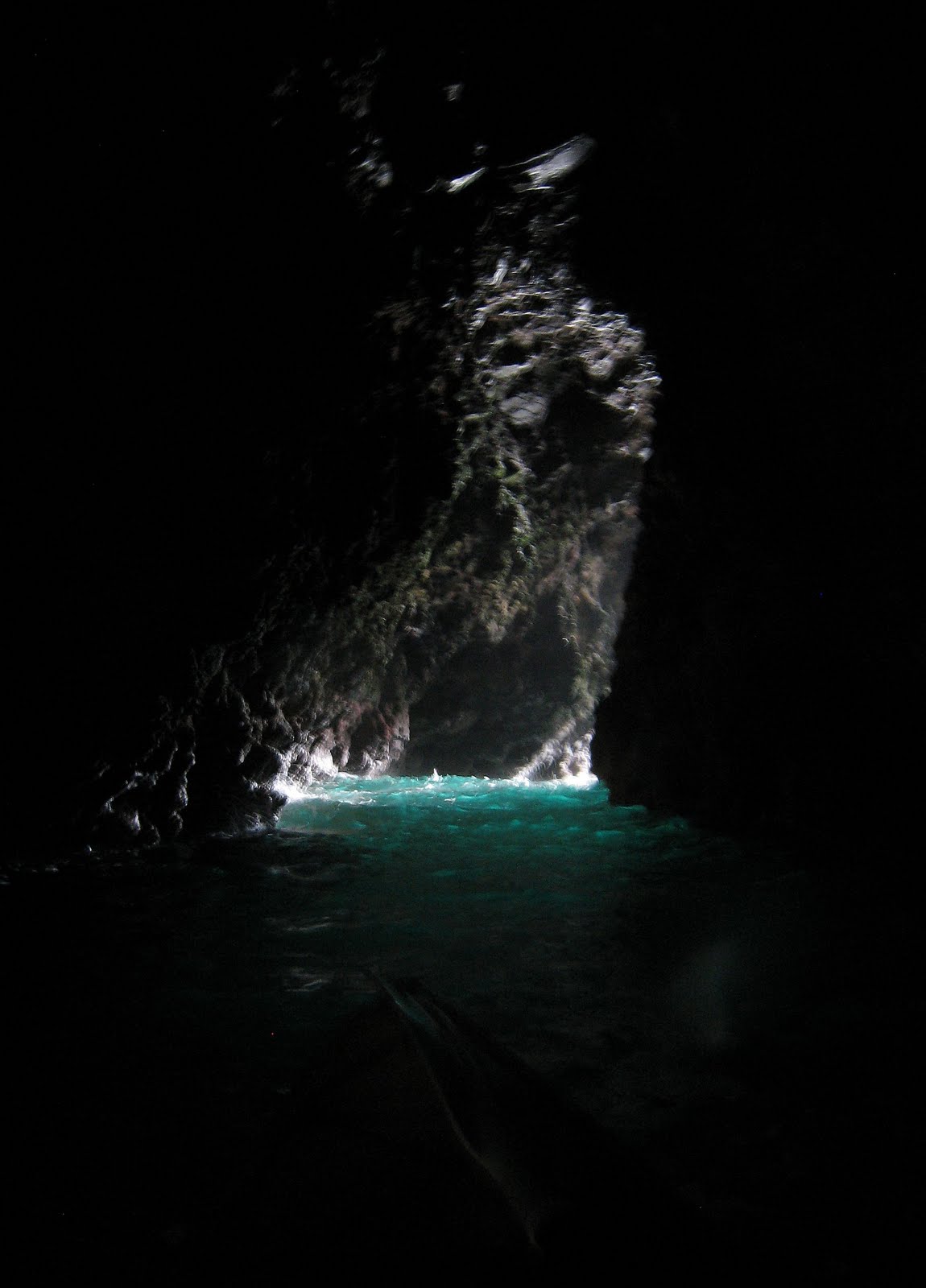 This is a bad photo, but I had to include it because this cave was unbelievable. To enter during mid-tide in the morning, we had to lay flat in our kayaks and squeeze through a small area, which opened up into a huge cavern. On the outer edge below the surface were holes in the rock which let in light from outside. The light under water made everything glow. It was magical! The holes also let in the ocean current so it was pretty turbulent inside. I wanted to go back, but the tide had lowered later in the day, so we couldnt get over the rocks. 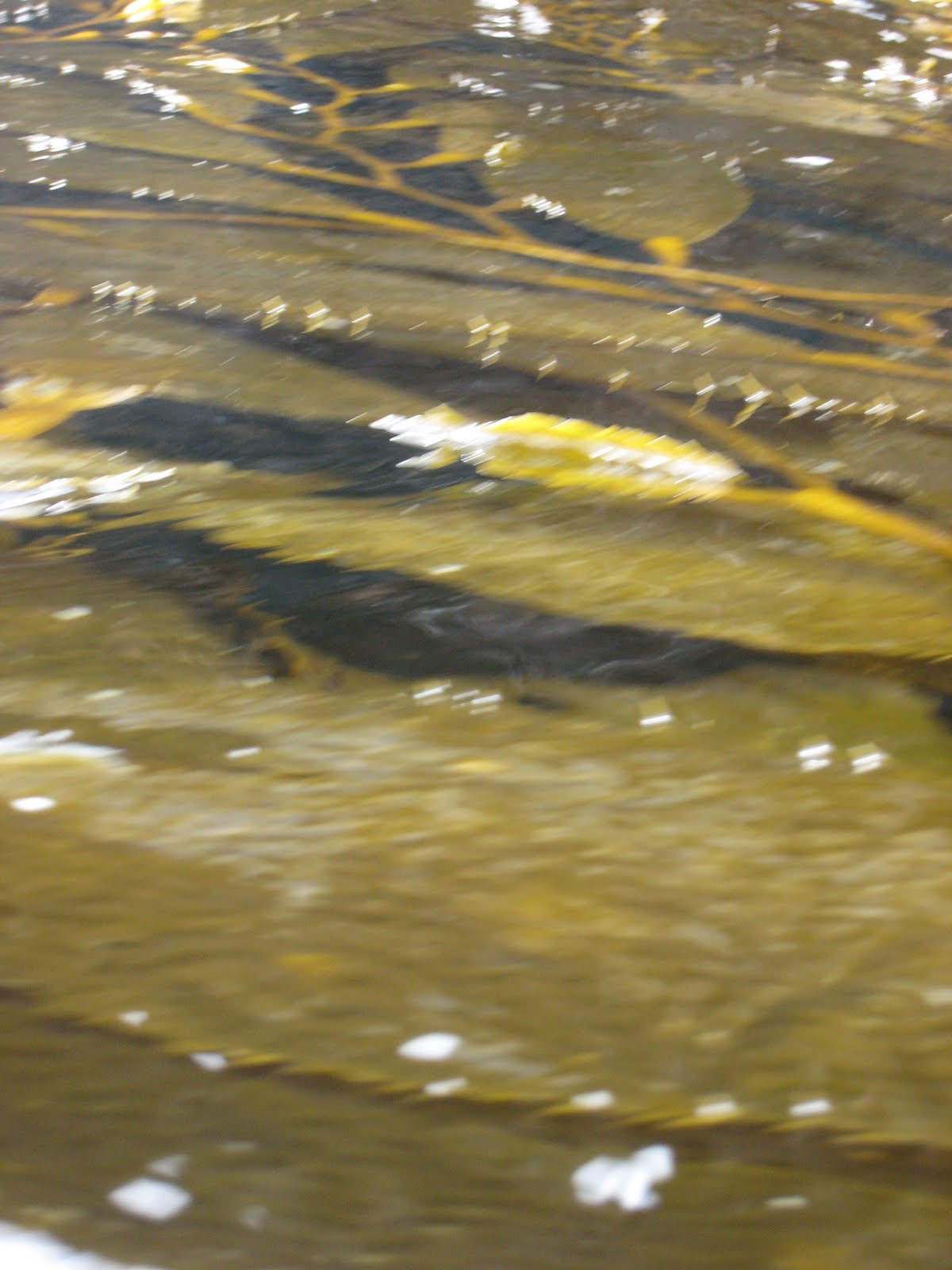 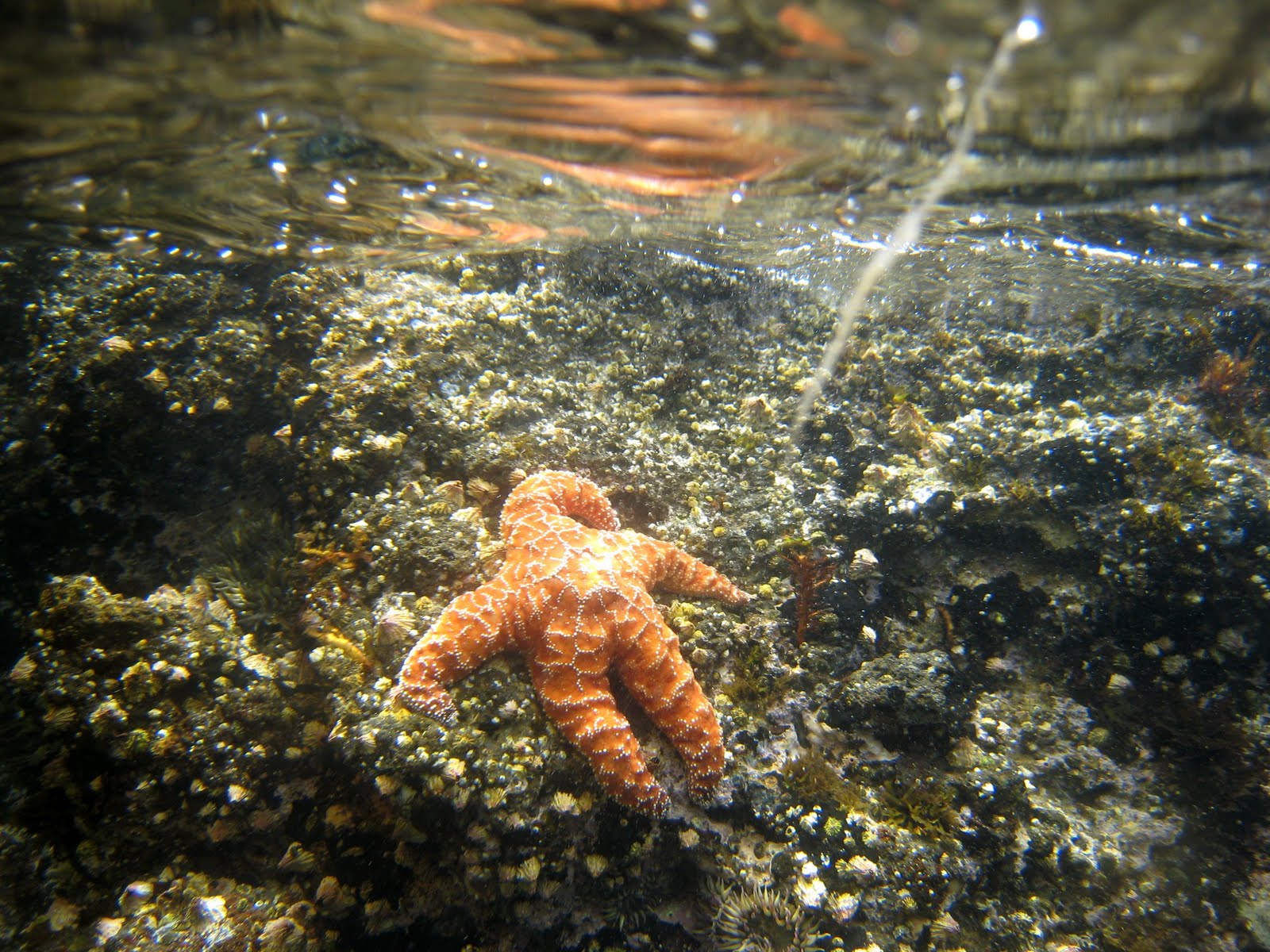 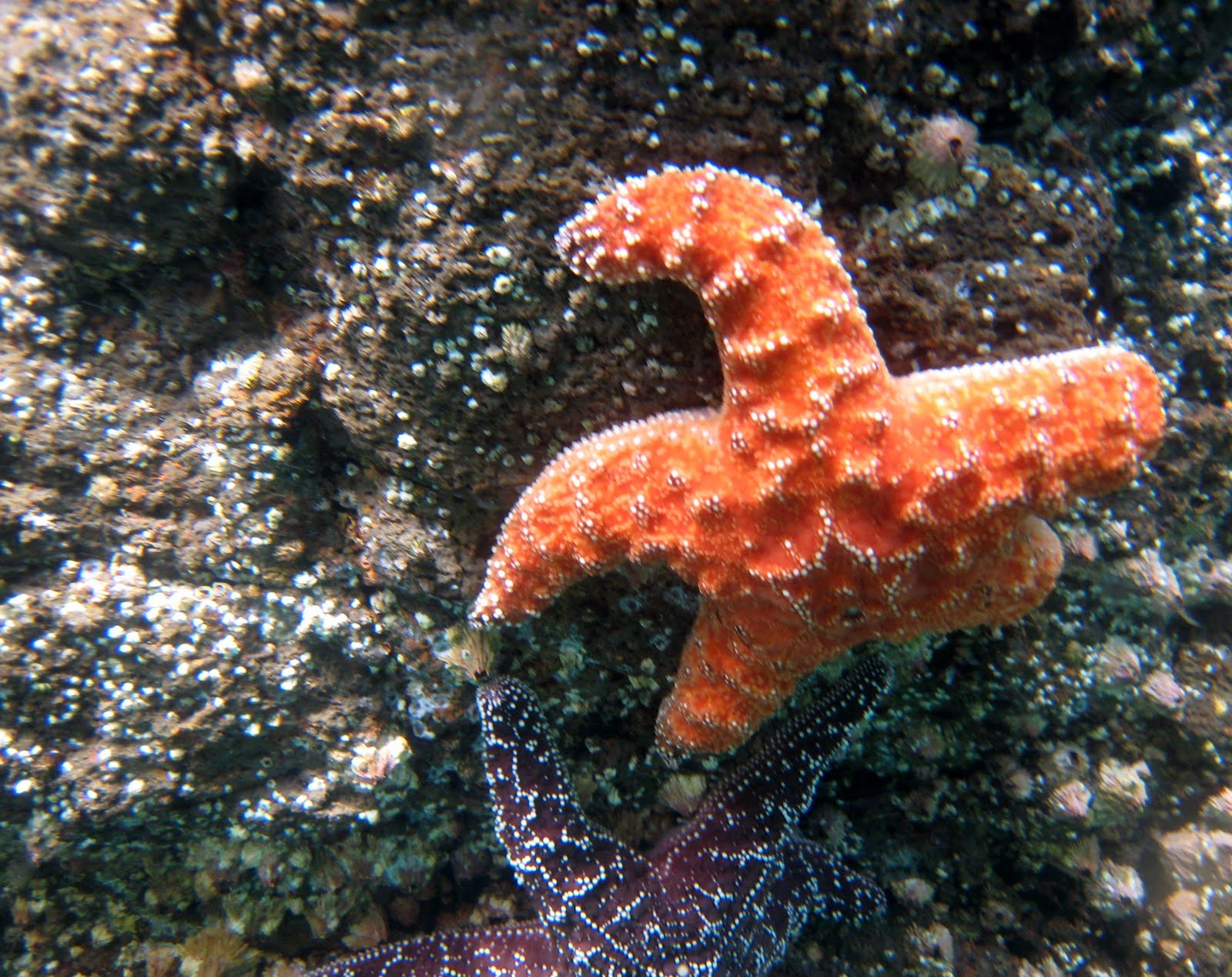 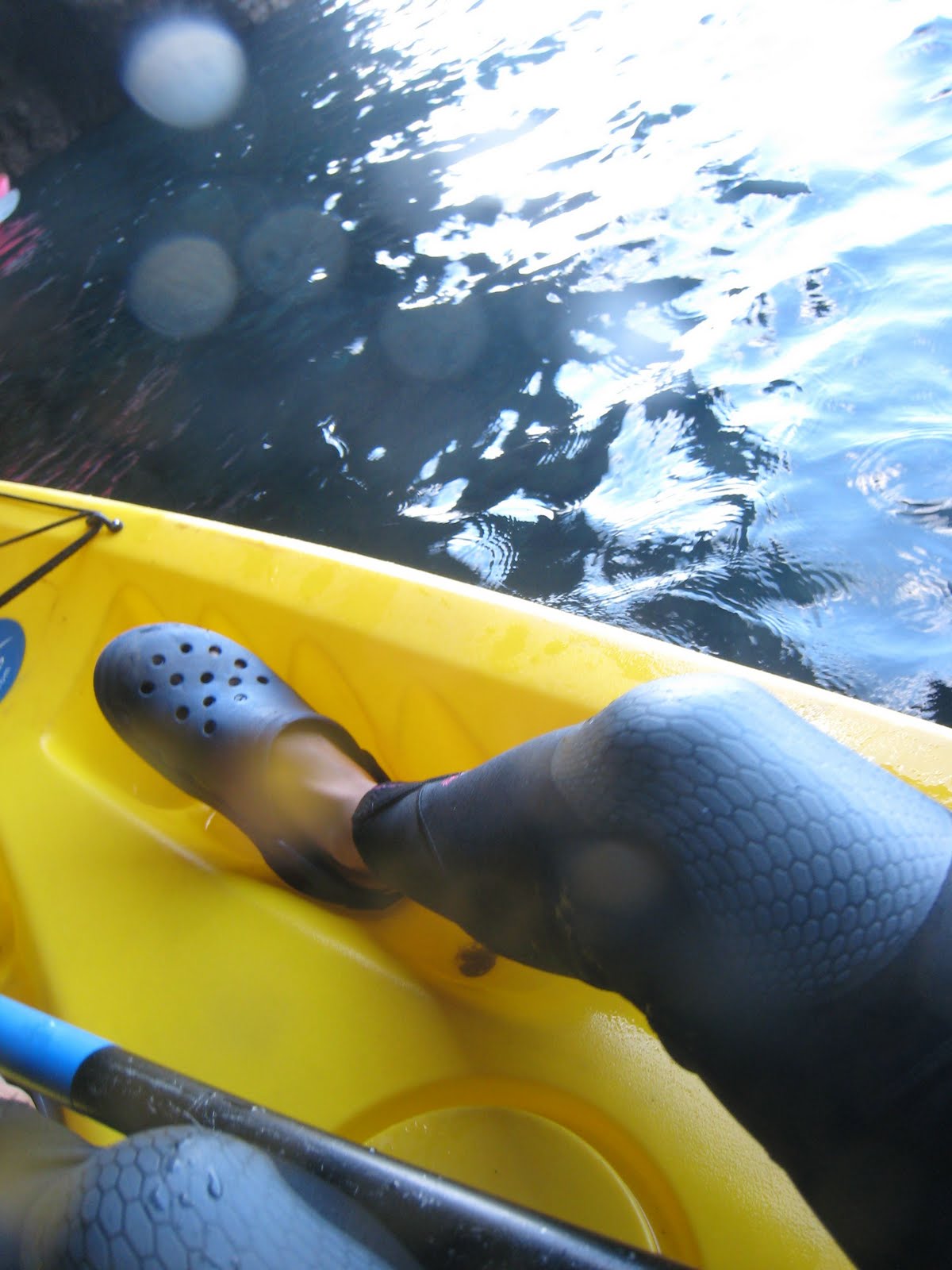 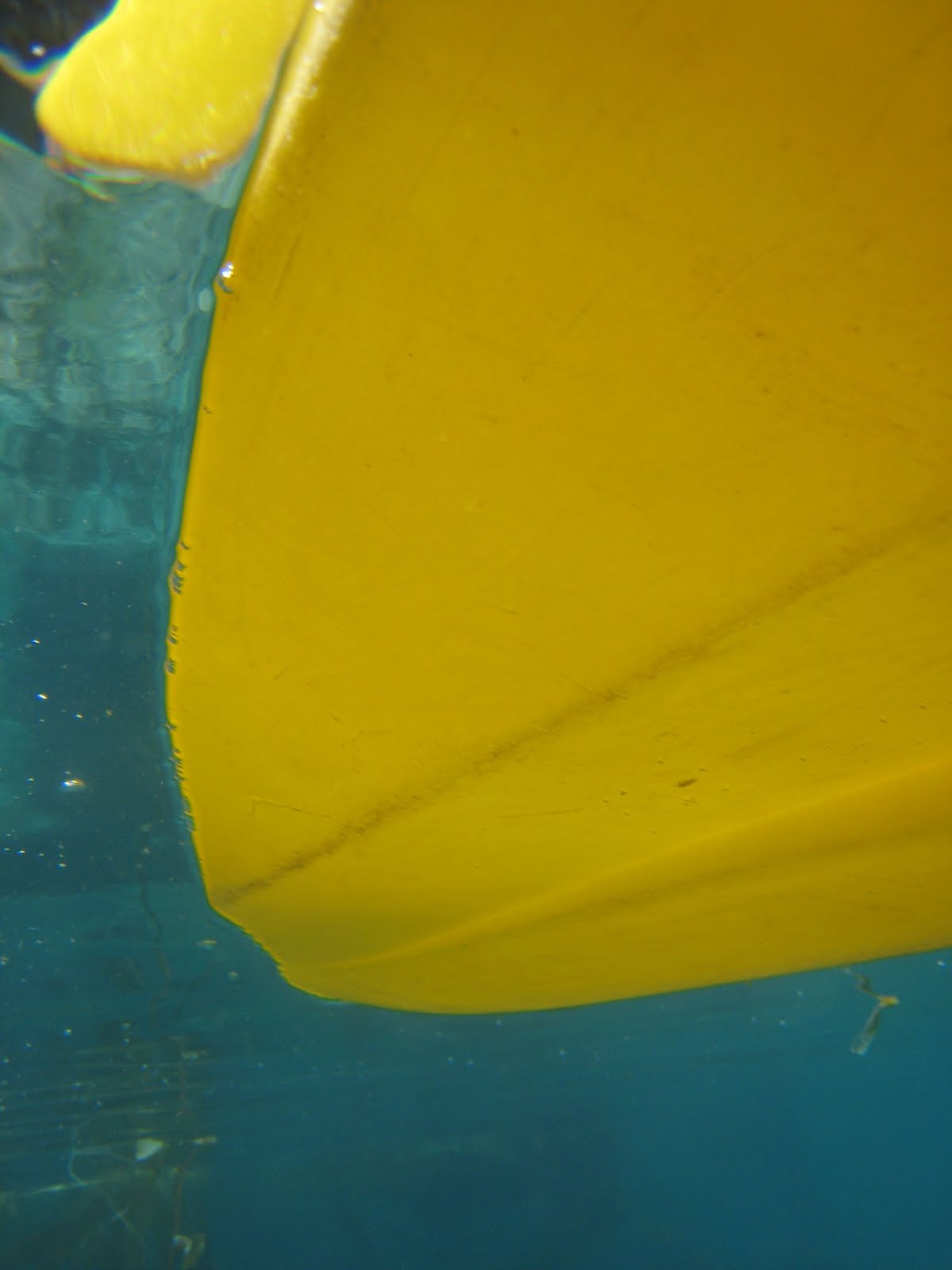 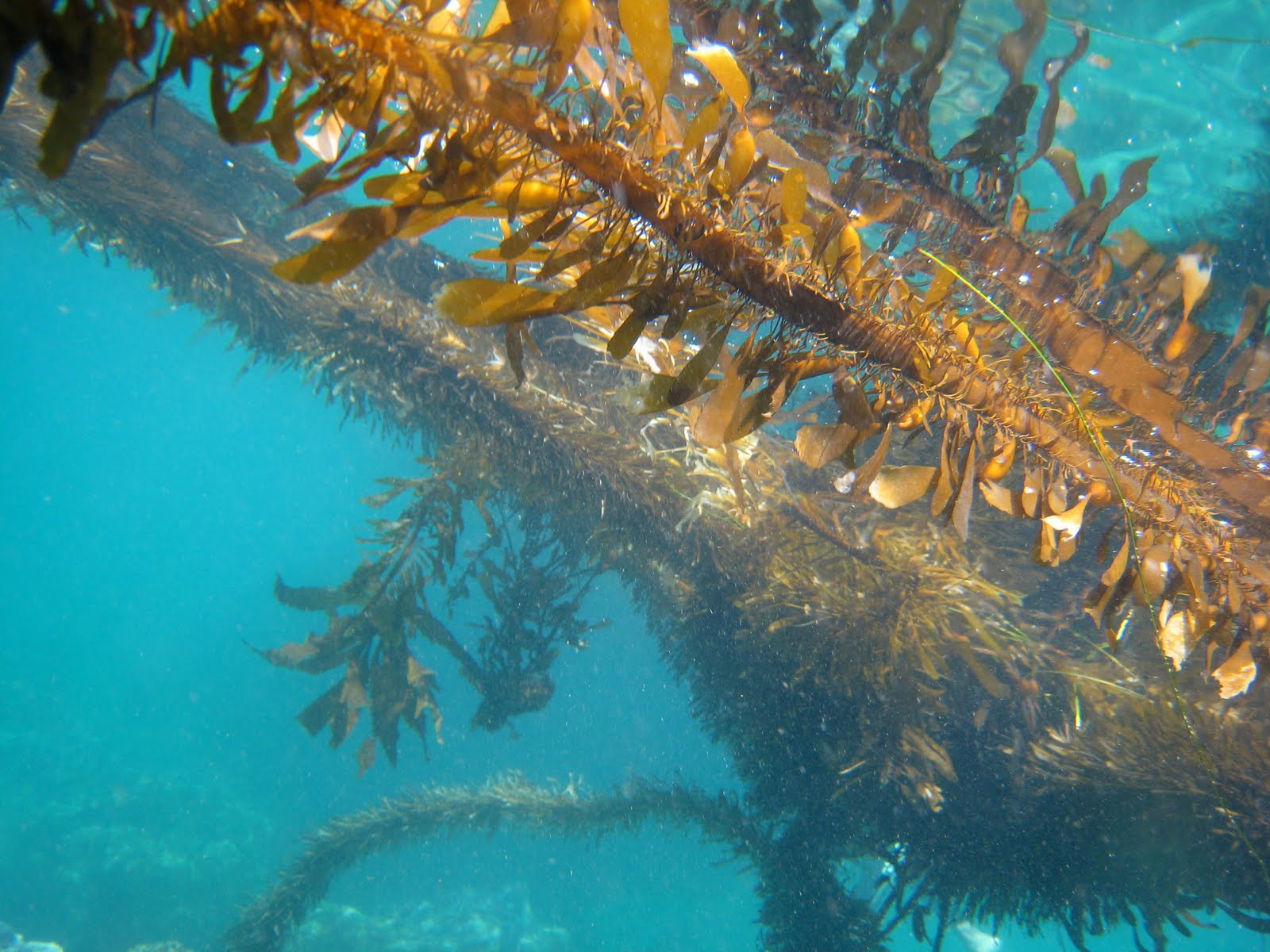 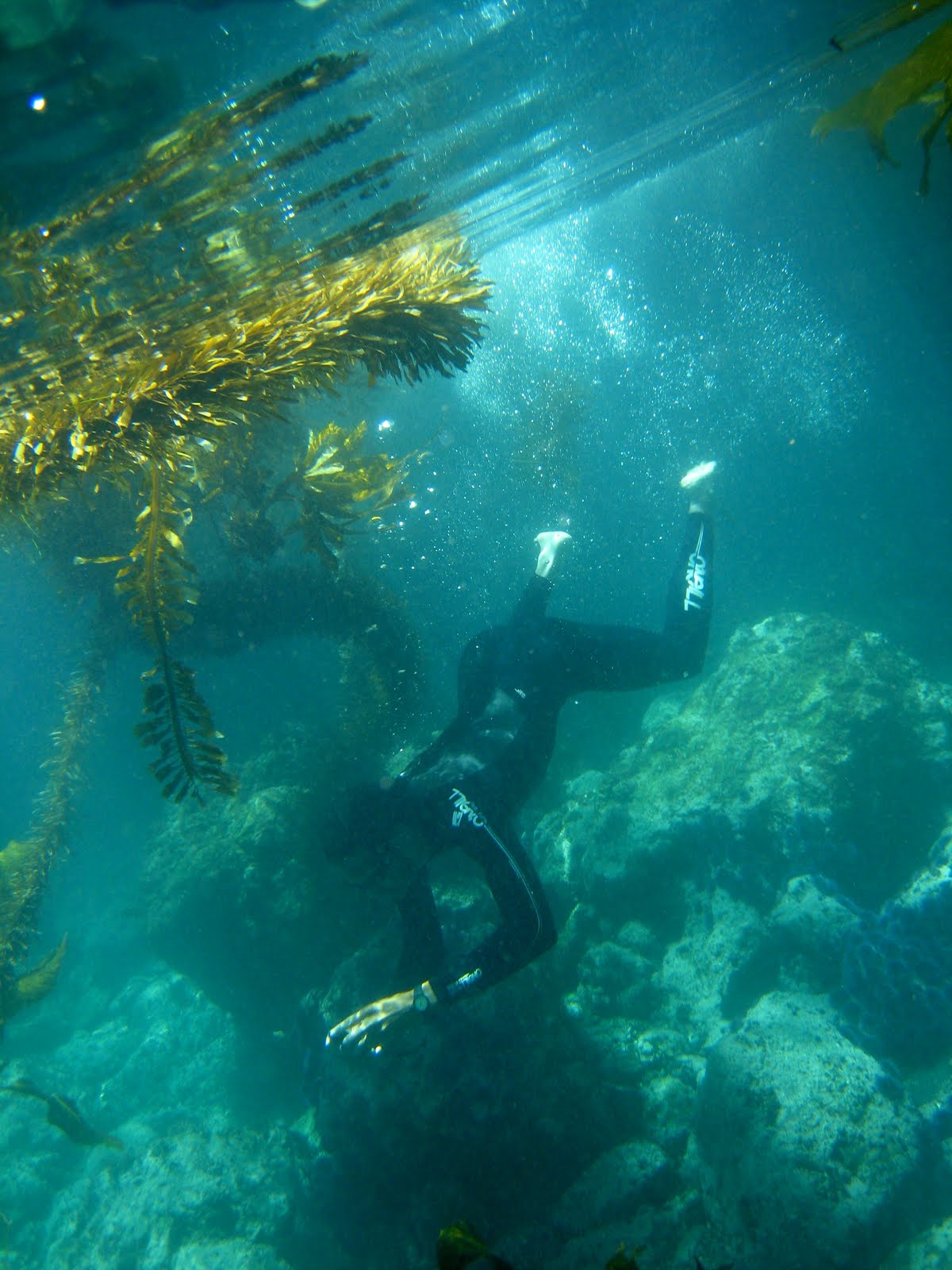