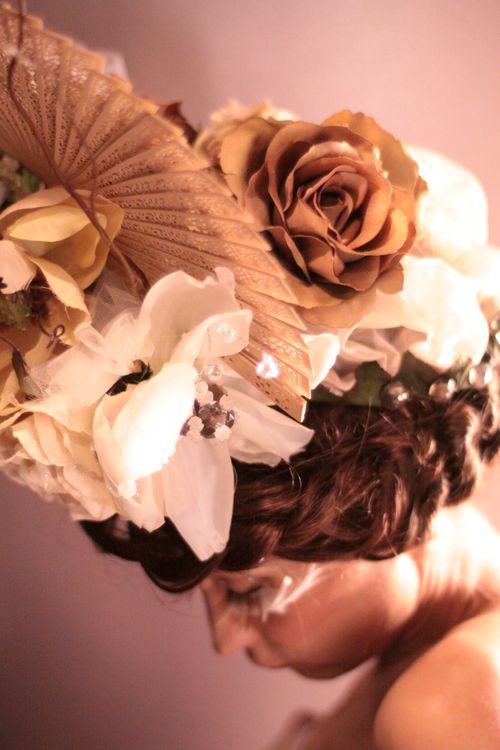 We had a super fun run last night at the Nokia show. The costume came out great, Elly wowed the audience, I dodged cameras to take pictures. Plus, Baptise let me use his prime lens so I got some great shots. More to come...
3 comments

..and I can't get any good new music (aside from you Milo). Pandora is letting me down and I've exhausted my current playlist. Pop/hop is too glossy and synthetic. But everything else new is sounding too hipster-y. It's the purposefully lo-fi production and off-key singing - the novelty has worn off.

I guess it's back to the annuals of history..

.not history but still love her..

Draught in my musicland.
0 comments

see you on the other side 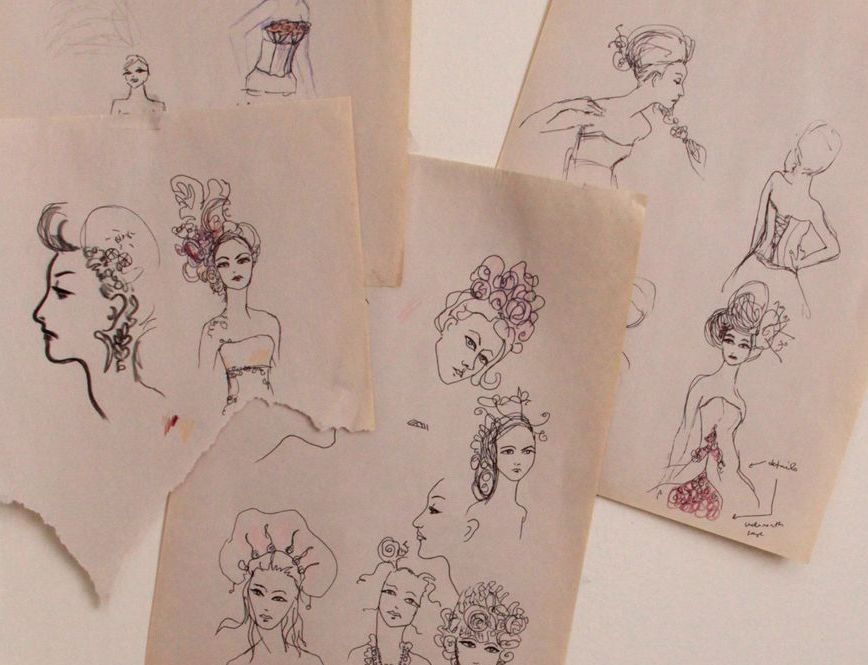 Costume design for a show later this month are underway. Before I put everything together, I thought I'd take a few pictures. 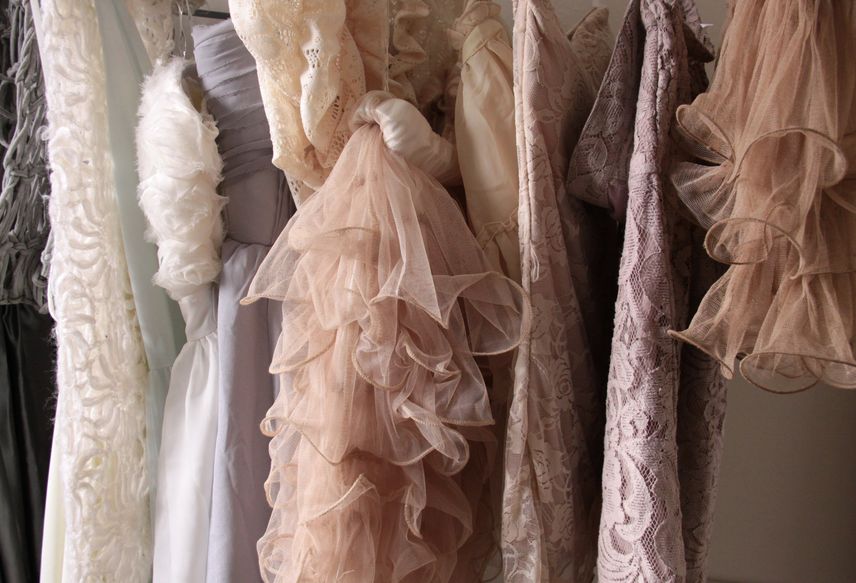 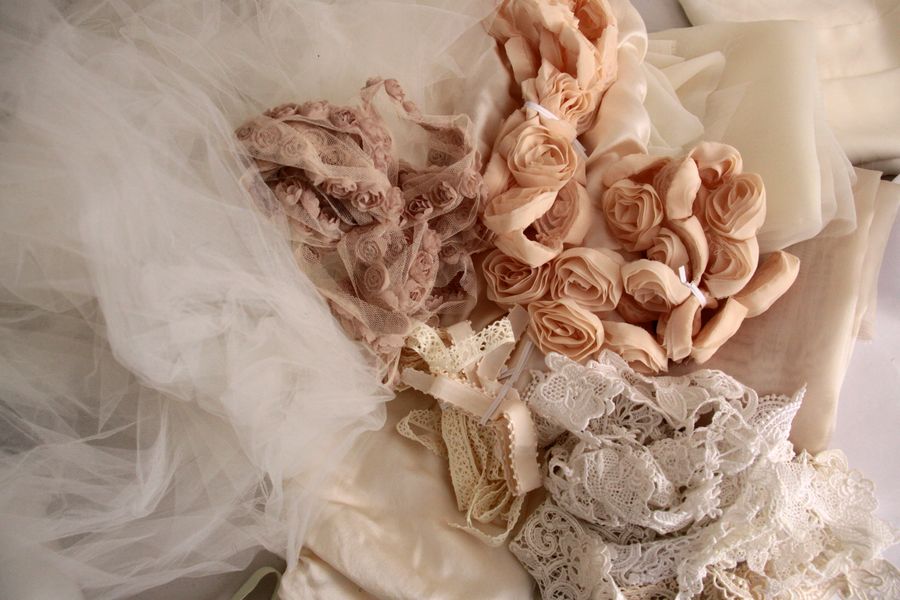 We scavenged some bags full of prettiness from the Fashion Disctrict downtown. Until now I had never spent much time down there. That was probably a good thing. Because, wow, if I had a million dollars I'd stock a warehouse full of all these supplies and be an elf. So many cool things to make.

enjoying yogurt, until the meltdown 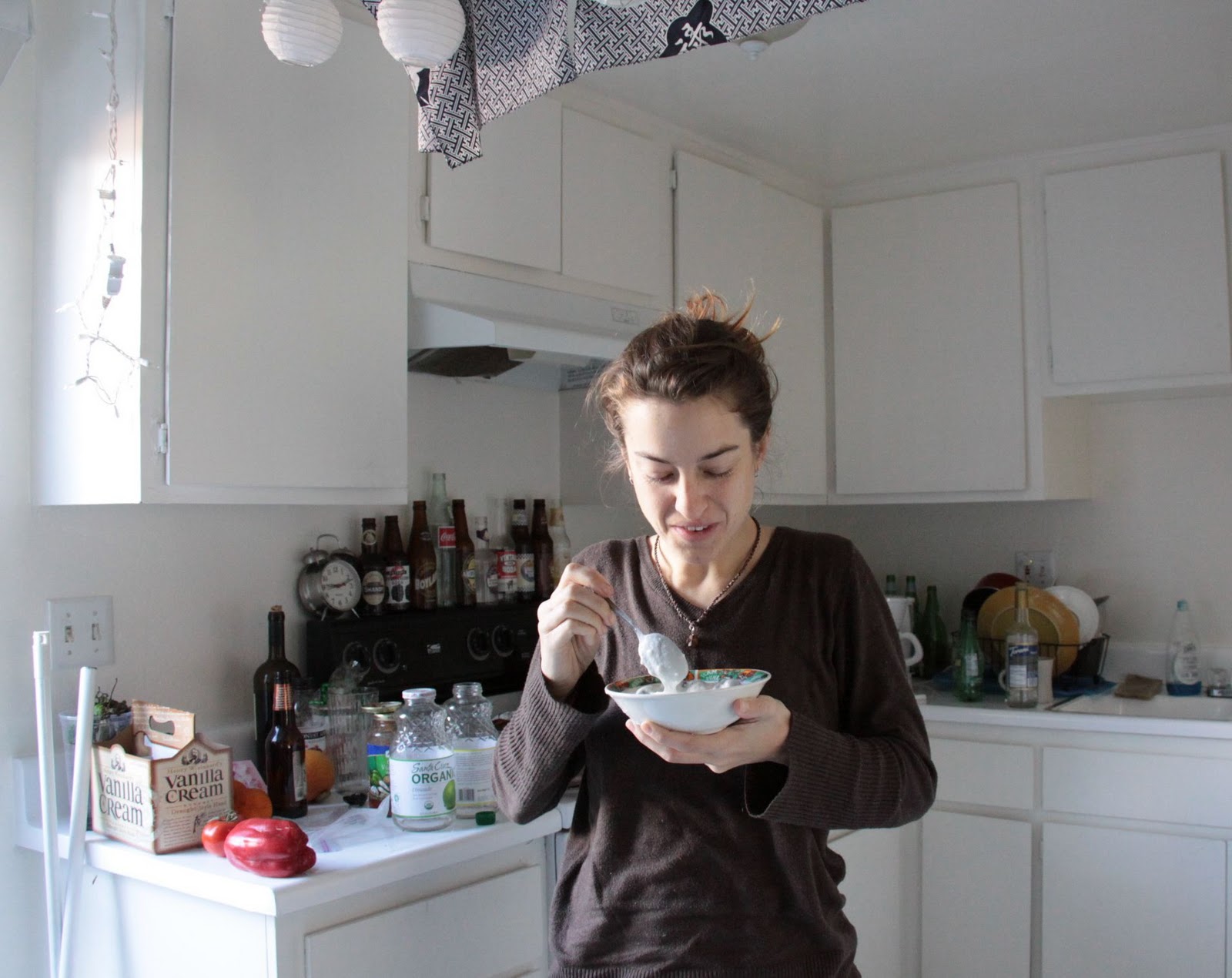 Eating yogurt
I've been putting away massive quantities of yogurt these past few weeks - ever since my friend turned me on to Pavel's Russian Yogurt. If  you are wondering, this friend is in fact Russian. Apparently I was in the dark on the Russian expertise in yogurt. I've been adding some sliced kiwi, plump perfectly ripe strawberries, and fresh mouth-watering blueberries - about those berries.

Lately I've been pulling my hair out over the organic/non-organic dilemma. Does it really matter? I started to consciously eat only organic a couple weeks ago after Jeffery Smith - the leading voice in GMO - said that organic also meant no Genetic Modification. But does it...does it reeeallly? Who knows.

For a while, I was assuming that because the FDA is so corrupt, organic labels probably mean as much the "all natural" labels, which mean about as much as a label that says, "contains loads of ingredients and fanciful names." 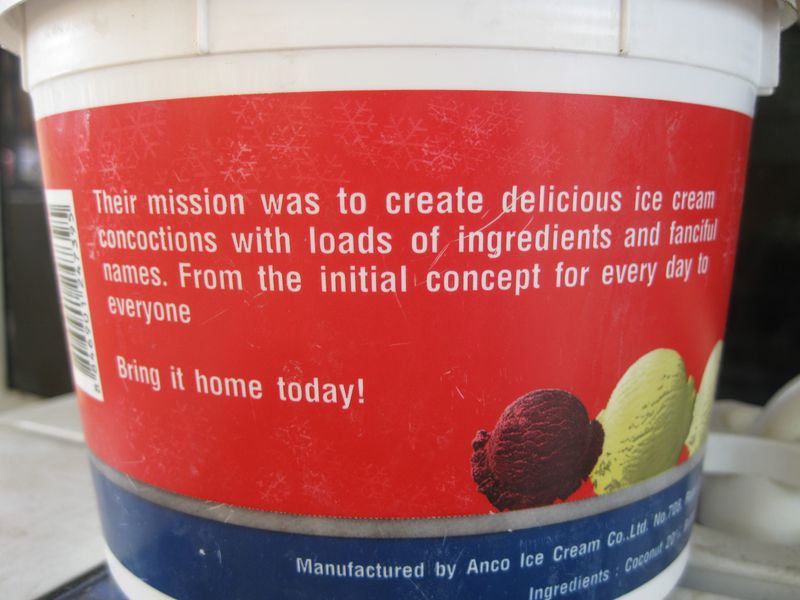 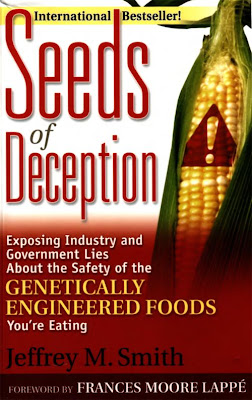 I've been reading an important book called Seeds of Deception about the genetic modification/engineering industry. Honestly, everyone...everyone...everyone should read this or a book about this or at least watch a documentary on this topic.

GMO is the scariest thing in the world to me simply because once we allow it into our environment, we cannot take it back. It will screw up the natural checks and balances of our ecosystem  forever. I know that sounds dramatic, but call it like it is. Scientists are playing God, when they have no idea what kind of effects consuming altered genes will have. They don't know, mainly because they haven't taken the time to find out. The handfull of tests that have been done on animals have raised nothing but red flags. One test was done on humans, and even this didn't  look at the effects on the body; it studied removed human intestines - still the results showed that GMO was not safe.

One experiement on humans and somehow GMO foods made it into grocery stores. Smith says, "only one test, besides the global test that we are all a part of right now." 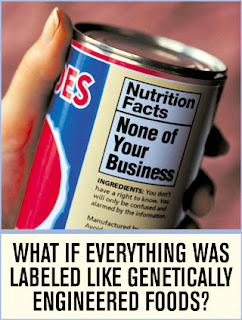 Big agriculture companies have prevented grassroots efforts to label the modified foods. People can't even make up their own minds.

Now it's hard to find a crop that doesn't use GMO seeds.The farmers who want to grow organic food have been contaminated with neighboring GMO seeds.

Monsanto patented terminator seeds, which die after one season. I can only speak for myself, but first, I dont want to eat a mutated plant that comes from a dead mutated seed. Second, I don't want to be dependent on a big company for my food (too late, right?). In this scenero, we all are dependent, even the farmers who were carrying the torch for the rest of us. Once a crop is harvested for the season, farmers have to buy a new shipment of seeds from Monsanto because their seeds have been genetically altered to die. Of course there are all kinds of problems we are introducing.

That's no big deal, really, because we can fix them all. Modify nature here. A little adjustment there. And here. And there. Wait, who died and said we were in charge? Was it Nietzsche? He did said God was dead? Haha, so I guess that puts us in charge. It goes back into the Transhumanism Movement that I am always hearing about -  this common strain of thinking that dismisses nature and seems to have everlasting confidence in the exploits of man. Come on though, Mr. H+. Do you really think that you can do this better than nature? Better than God? Here we go again. God is supposed to be dead, but you are here. Isn't that proof? 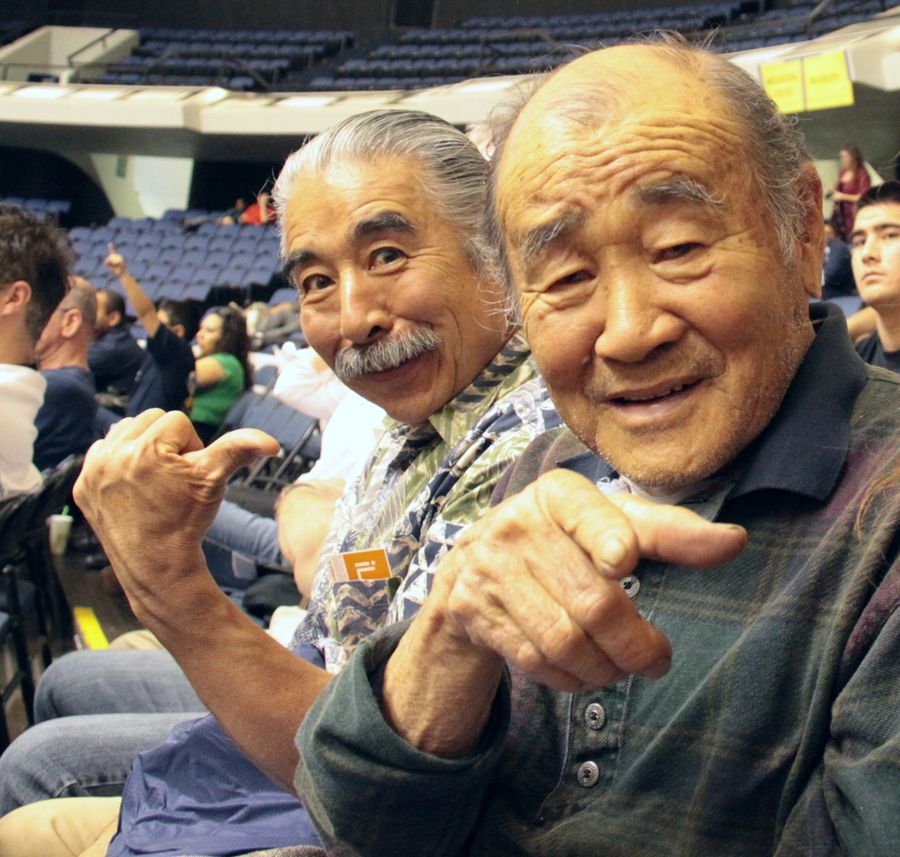 Shibat and his uncle, Charlie. Charlie is so funny! I can't properly convey it here. He's 88 years old, on top of everything, involved in every conversation. He's loud, crazy and a smartass. We drove them all down there to give Shibat a break. Charlie was kicking back in the front seat. They were having a disagreement over which exit to take and after saying that J's head was like Gibraltar (a big rock), he turned and spit.
J said, "Did you just spit in my car?"
"What, what are you talking about?"
"I just saw you. You spit in my car."
"Eh, yeah..." 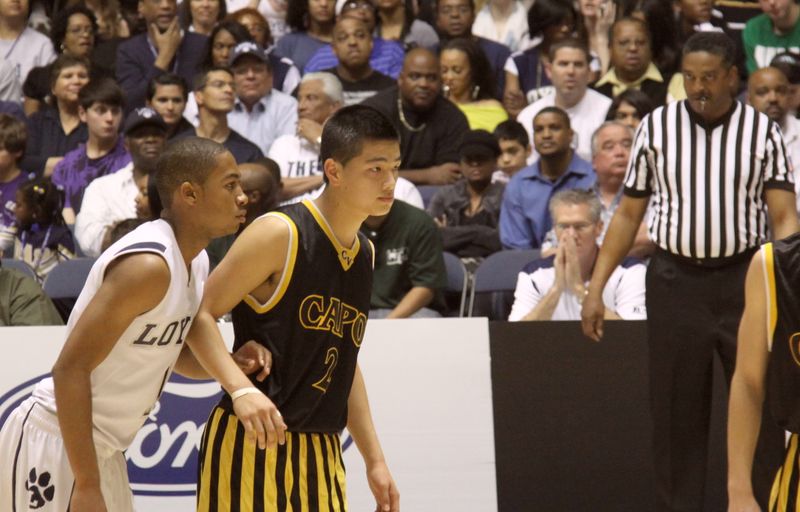 We went to support our friend's nephew #2 - who's really good. 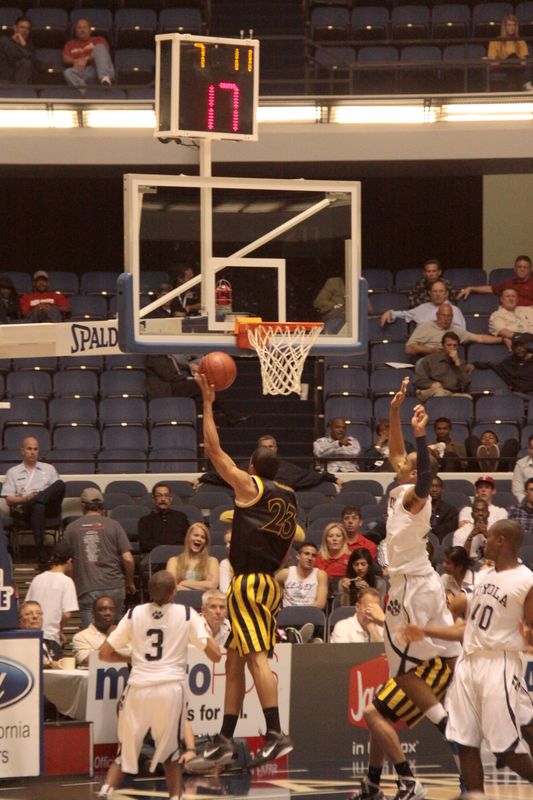 They lost but I think it was solely the responsibility of the uniform designer. 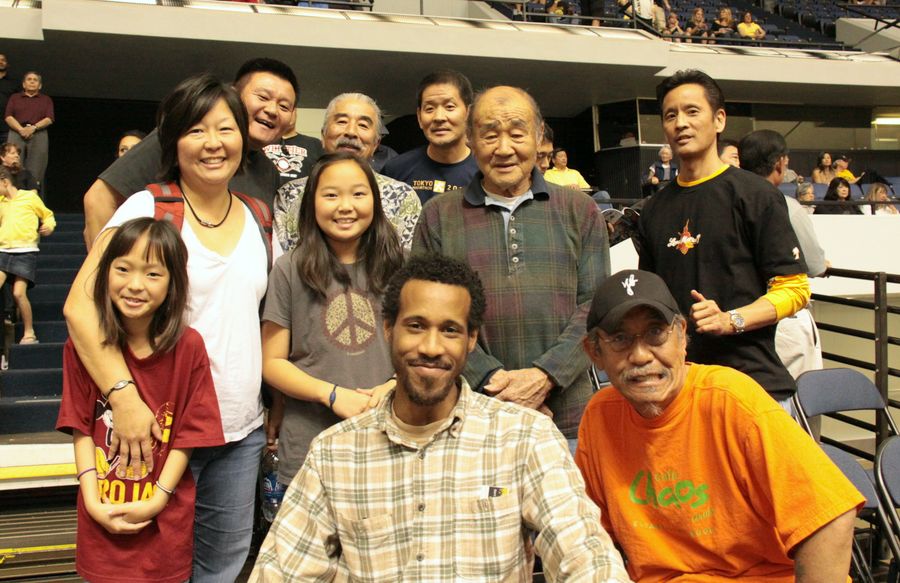