There are a gazillion black and white ways to define a person. Are you a cat person or a dog person? A chocolate or vanilla person? Tea or coffee? Beatles or Rolling Stones? Hepburn or Monroe? Mountain or beach person? Which are you?

To that last one I can confidently answer, mountain. Now more than ever.

For some time, I've had an armchair obsession with high altitude mountain adventure/survival books like Into Thin Air and Miracle in the Andes. I half-heartedly wanted to join in the mix, but thought I probably didn't have the fortitude.

Nevertheless, I thought about trying out Kilimanjaro many years ago in college when someone mentioned that it was doable for laypeople. I hadn't considered it until recently, when my friend and fellow rock climber, said he wanted to climb it. Of course, I was in. 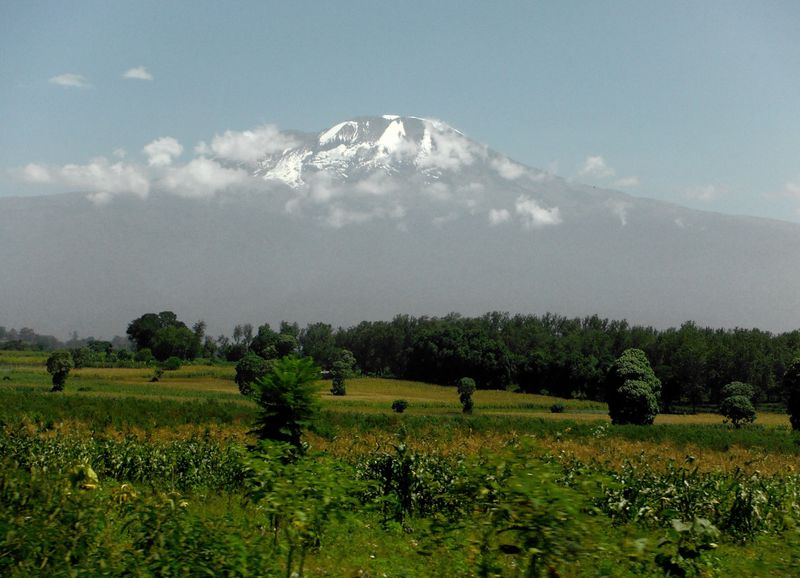 The prep was semi-arduous.  Kilimanjaro is a National Park which mandates that you take a guide with you. There are hundreds of companies that facilitate climbs so picking one can take forever. Fortunately my friends use spreadsheets for fun. The pros and cons were graphed before I even typed Kilimanjaro into Google.

We went with a company called Basecamp, which came recommended of course. They work closely with a hotel in Arusha, which gives a home base at the bottom of the mountain. We arrived there in a fog of sleep late at night, incredulous that after 24 hours of air travel, we would begin the climb early the next morning. Altitude + jetlag!


Olga
From: Originally from Latvia, grew up in Canada
Occupation: Professor Piano
Strengths: She flies planes, boom. If we are in a plane and the pilot passes out, we have no worries
Weaknesses: She's never been camping before

Wallace
From: Originally from Taiwan, grew up in East Los Angeles
Occupation: Freelance computer game programmer
Strengths: Avid hiker and Boy Scout, has bobby pins and duck tape at all times
Weaknesses: Is there such a thing as being too organized?

From:
Occupation: Lead guide for Basecamp
Family: Wife and two kids (10 and 7)


Raymond
From: Moshi from Chagga Tribe
Occupation: Assistant Guide for Basecamp and in school
Family: Wife and two kids (7 and 5)

Nemes
From: Arusha from Chagga Tribe
Occupation: Cook for Basecamp


Ebrah
Occupation: Assistant to the cook for Basecamp

YES! this is great.. and hilarious at the same time... POST MORE!

haha and you know it's all true